Now's the time to buy my book 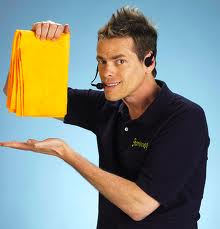 It’s so unseemly, I’ve resisted doing this for about four months. I’ve put it off, sought alternatives, relied on others.

I can procrastinate no longer.

I need you to buy my book. Now.

Geez, that was awkward. I don’t know how the ShamWow guy does it.

Actually, I’m confusing need with want. I don’t need you to buy. It’s doing better than I ever dreamed without either of us really doing a thing.

But I really want you to. It’d be great if any of my Greensburg-area friends walked into the local Barnes & Noble and bought a copy of “Use All The Crayons! The Colorful Guide to Simple Human Happiness,” that’s currently being shelved in the self-improvement section.

If enough of you do that, I bet we can get it more prominent display. Or I need you to buy it online at barnesandnoble.com or amazon.com. Just one copy’s fine. It’ll be $15.95 with a couple of dollars for shipping and handling.

An honest on-line review would be great, too. So would each of you recommending your friends to buy it.

Why after four months of giving the book away am I making this request?

Now’s the time to see if we can really move the needle.

This week convinces me my promotional efforts have reached a tipping point. As many of you know, the book on the very first page has a note that says it is free to anyone who can’t afford it or who is serving in the U.S. armed forces. All they have to do is e-mail storyteller@chrisrodell.com and ask.

But it’s been much broader than that. It’s basically free to anyone who asks or whom I think might enjoy it.

I’ve given away for free more than 200 copies to friends, family, old classmates or people I know from bars, church or section 509 at Heinz Field. Recipients have included bankers, teachers, drunks, clergy, locker room attendants and the guy who cuts my hair.

The result of all these freebies is I’m starting to believe not only will the book succeed, but it has a chance of becoming a sensation.

Evidence of this came this week when readers, two of them previous strangers, placed orders for batches of books in amounts of 25, 20 and 15. I sign and sell these for a two-dollar discount. I now spend a good portion of each day sharpening crayons at a furious rate.

So three free books have led to $840 in sales in one week. Now, what do you think the 60 people who receive the book will do?

It’s becoming clear they’ll buy more. As I suspected, the more I give away, the more I’ll exponentially sell.

That people are loving it leaves me tickled beyond words.

Here’s the thing: if each of those 60 books were purchased on-line or at a store, the national retailers would take notice. They would give the book better distribution and promotion. It would really put some wind in its sales, er, sails.

I believe it’s time to fertilize the grassroots.

So if I’ve given you one and you’ve enjoyed it, I ask you to reciprocate by buying one this weekend. If you do, I’ll send you a SASE so you can drop it in the mail and have me sign it for someone whose life has added happy colors to yours.

Or maybe you’ve enjoyed the occasional blog and have wondered if there’s ever a way you can express your gratitude for the near-daily silliness. Now’s your chance.

Let me be clear: the book is still free and I’m aggressively giving it away. I’m arranging to donate 25 signed editions to the USO in time for Thanksgiving.

But I believe this slim little book can become a player in holiday sales and I want to do everything I can to maximize the possibility.

You buying the book this weekend could be a big step in making that happen.

There. That was as unpleasant as I suspected it would be.

I’m going to have to get in touch with the ShamWow guy and ask him his self-promotional secrets.

Email ThisBlogThis!Share to TwitterShare to FacebookShare to Pinterest
Labels: Chris Rodell, free books, ShamWow, Use All The Crayons