Re-run: The skinny on bomb implants 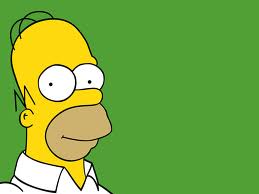 News that the CIA disrupted a plot to sneak a concealed bomb aboard a trans-continental flight led to a mini-surge of readers stumbling upon this July 2011 post. It's about the zealots who'd try and smuggle surgically-implanted bombs on planes. I re-run this today in honor of Casey, a canine perfectly suited to foiling those plots. Or should I say perfectly "snooted."

News that terrorists will be soon be smuggling bombs surgically implanted in their bodies has me again realizing I have commitment issues.
Where do they find these zealots? Where do they find these doctors? Is this sort of procedure covered under the new health care law?
The Republicans will go ballistic if they find out really going ballistic is addressed on page 1,293.
My body is my temple and I’m picky about its desecrations. No matter the cause, I’d never smuggle a subcutaneous explosive device to a public event.
I save my zealotry for screwing millionaire mullahs -- or is it moolahs? -- who charge $8 for warm domestic beer at professional sporting events.
It’s impossible to count the number of times I’ve inserted beers and liquor in my body and surreptitiously sneaked them into various Pittsburgh sports arenas.
Of course, I don’t surgically insert them. I pour them in my stomach before entering the buildings (and, as always, thoughtfully recycle the cans). I’d never dream of going to some back alley quacks to have them zipper full cans in my hip for halftime removal.
Unless they’re talking about a single stick of dynamite, the scheme sounds to me as farfetched as it does impractical.
The whole thing again convinces me jihad recruiters must be diabolically persuasive.
“We want you to join the movement!”
“Yes!”
“We want you to be prepared to sacrifice!”
“Yes!”
“We want you to see Dr. Zawahari tomorrow at 10 a.m. He’s going to remove a kidney and fill the vacancy with TNT. If that doesn’t kill you, we want you to board the red eye to London and detonate your new explosive kidney over the Atlantic. Cool?”
“Uh, couldn’t I start by just firing up the internet chat rooms and work my way up?”
And you thought airport pat downs were already too invasive.
A radio report said specially trained dogs will be deployed to the airports to combat the threat. I heard this and immediately thought of my old dog, Casey. A sweet, aggressively affectionate golden retriever, he’d be perfect.
Then I learned I’d misheard. They were talking about bomb-sniffing dogs.
Casey was a bum-sniffing dog.
Still, a dog like him would be perfect in tedious security lines.
Think about it: any doctor who’d agree to perform this procedure couldn’t possibly have the refined skills of the pros who work at places like the Mayo Clinic.
After all, what they’re doing is a clear violation of what Homer Simpson calls their hippopotamus oath.
So if you’re going to get a dangerous explosive implanted in your torso, timing is key. You’re likely going to go on a beeline in still-tender condition from the operating room straight to the airport.
That’s when you’d say hello to Casey.
I always enjoyed introducing Casey to refined and dignified women (I had that rarified opportunity, I think, twice).
“Oh, what a beautiful doggie!” they’d gush while bending way over to pet his luscious blonde fur.
Then, quick as burglar, Casey was behind them goosing his snoot in places where only the boldest proctologists go.
The effect was similar to what would happen if a surgically implanted explosive device went off in their rear ends. Their arms would flail, their hair would instantly Einstein and they’d scream in equal parts terror and delight.

They’d emerge from the intimacy looking disheveled, but oddly invigorated.
So a dog like Casey would be an extraordinary boon to airport security.
He’d be sure to startle any would-be terrorists into post-surgical heart attacks.
And he’d appease ACLU busybodies by never racially profiling.
Christian, Muslim, Hindu, it wouldn’t matter. All God's children would get a vigorous butt snuffling from a dog I’ll always remember with fond affection.
As security dogs go, he’d be what could best be described as a true asset.
I miss that dog.
With him it was just the opposite.
That dog never missed.