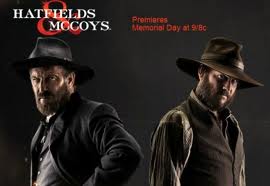 As an avid student of human nature, I’m eager to watch the History channel’s “Hatfield’s & McCoys.” I’m ignorant of the historic feud’s origins but I understand it involves a stray pig.
Nothing stirs my interest like rationally disposed human beings helplessly giving in to bents of insane passion.
This is true in cases of both love and hatred.
I’m still following all the news about the messy love triangle between former Highmark insurance titan Ken Melani, his golf cart honey Melissa Myler and her fifth-wheel husband.
Just two months ago, Melani was earning $4.5 million a year as the CEO of a $14 billion industry giant. He was often feted by local philanthropies and society pages for his keen intellect and social dash. He was a true mover and shaker.
That was before he fell under the spell of the comely half-his-age Myler, who moved and shook in ways that cause older married men like Melani to drive their once-stable lives straight off cliffs.
You can read more about it here and, you betcha, count on me to keep you informed any time any of the trio does anything to make the news.
Then there’s the sad, tragic reverse when people let irrational hatred drive them to the very depths of human experience.
It’s impossible to catalogue all the news stories I’ve written about men who are now serving life sentences that stemmed from conflicts over things as mundane as the disputed location of a hedge.
I can’t recall the details and wouldn’t post them here for fear for my life, but the most gripping Hatfield & McCoy story I’ve ever covered involved two middle-aged western Pennsylvania men who’d led otherwise spotless lives right up until they become neighbors.
One was a college English professor, the other a skilled carpenter.
The story would be better if I could say both men were well-regarded within the community as quality individuals. That was not the case.
The professor was. The carpenter was not. In fact, I spoke to maybe a dozen witnesses from the subsequent trial and everyone said the carpenter was an absolute jerk no one would miss if he dropped dead.
The professor was a man of manners and good humor, at least he was until the carpenter moved next door and began poisoning both their lives.
In fact, the first dispute was over the location of a fence the carpenter built. The professor said it strayed across the border onto the property of his tidy suburban home.
By two feet.
Those two feet led to an escalation of antagonisms the led to attempted murder.
Six months after the construction of the fence, the professor had had enough. He couldn’t sleep. The carpenter kept odd hours and played loud music with the speakers pointed at the professor’s bedroom. The carpenter’s dog was pooping in his yard.
Individually, these may seem like petty irritants. Cumulatively, they consumed the professor. So much so that one day he purchased a gun and approached the carpenter on his back porch and emptied the clip in his antagonist’s head.
Imagine a hatred so all-consuming that you’d willingly sacrifice your freedom to eliminate it. He understood the law. Knew he’d go to prison. Yet he chose the peace incarceration would bring knowing because it meant the end to the source of his soul-searing hatred.
Then imagine the object of that hatred surviving six bullets to the head.
I don’t recall the calibre of the weapon, but it is irrelevant. Experts and police were stunned that this evil neighbor could survive intact. I interviewed him at his kitchen table. Without knowing the history of their feud, he would have seemed like a perfectly normal guy.
He showed me his wounded noggin. It looked like someone had slugged him multiple times with a ball peen hammer.
And everyone in town felt terrible about the whole thing.
Not for the victim.
For the history professor.
Jurors told me they felt bereaved they couldn’t imprison the victim and free the assailant.
It reminded me of what one old attorney once told me. “There are three kinds of homicide: justifiable, unnecessary and praiseworthy.”
I’ve had some wonderful neighbors and some that have caused me to think of how that old English professor reacted with his mortal enemy -- or maybe he thinks of him as his immortal enemy. I may revisit this topic again soon because I’m convinced a bad neighbor can make your life worse than a bad spouse.
The bad neighbor has more permanence.
A friend of mine told me the last time he golfed he was beset upon by tiny, annoying flies. They didn’t bite, they didn’t sting, but they were a constant irritant that ruined his round..
“They were just always there in your face,” he said. “You couldn’t escape them and you couldn’t kill them.”
You mean, I asked, like neighbors?
Exactly.