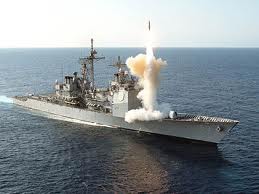 I ate so much deer meat this weekend I fear I’ll be crapping antlers. I had venison steaks for dinner, venison sausage for breakfast and venison leftovers for lunch.
And it was uniformly delicious.
Me and some buddies were on a golf weekend near Fredericksburg, Virginia. Our host, a Pennsylvania native, said he kills and butchers 11 Old Dominion deer a year, the deer population being an-out-of-control nuisance. He gets another two every fall here in Pennsylvania and enjoys hunting all around the world.
He prepares venison for stews, steaks, jerky, ground meat -- you name it. I think if we’d have stayed another day I’d right now be writing about what it’s like to eat deer donuts.
Deer aren’t the only out-of-control nuisances he’s been ‘round the world to kill.
For 40 years whenever Uncle Sam decided someone belligerent needed killing they’d summon the man I call “The Captain.”
As nicknames go, it’s even slightly less clever than calling the big guy “Tiny.”
He’s a retired captain of a U.S. Navy guided missile cruiser and has been a lethal participant in every conflict in which America’s been engaged since Vietnam where this Naval Academy graduate served as a battle group Air Warfare Commander.
His dress uniform has more decorations than a hillbilly Christmas and he is one of the most engaging men I’ve ever met.
I can see why brave men and women follow him into battle.
Me, I followed him to three different Dixie golf courses where I reflexively trembled for the creatures’ safety every time I saw grazing deer.
Really, I’m surprised the Captain didn’t want to kill me. I’ve never spent that much friendly drinking time with someone so powerful and tolerant of idiot questions.
When he told his stories of fearlessly navigating his Ticonderoga-class warship around the world to far-flung ports I asked if ever even once he had to stop and ask for directions.
One of our buddies asked about the re-fueling procedures and he described what he said was a ballet-at-sea between his ship and the fuel mule. He said how in rolling seas the massive ships would settle as near as 30 feet of one another as tethers and high-capacity fuel lines were fed across the breach.
Then some insane amount of fuel -- hundreds of thousands of gallons -- would be transferred in fewer than 30 minutes.
Once during the Gulf War in the Straits of Hormuz, a random Iranian mine drifted right between the ship bellies and, thank God, potentially catastrophic consequences were through luck averted.
“Let me tell you, boys, that was a real nail biter,” he said.
It fell to me to break the ensuing reverential silence with a question that screamed for an answer: “Did you have to board the refueling vessel to give them a credit card or did they let you read your number over the radio?”
I thank God America has men like him and I thank God they’re rarely sober when they’re around men like me.
I did see evidence of one gruesome killing. I saw it, or what little remained of it, after I hit my ball deep into the woods on one course.
To be factual, I hit my ball deep into the woods on every course on practically every hole but only once did I encounter what looked like a crime scene.
It was the tiny hind legs and gnarled socket joints of a baby deer.
I immediately thought The Captain, who was in the foursome ahead of us, was the culprit. I’d heard him shouting profanities the previous hole and figured something was due to die.
I asked him about it later.
“It sounds like a coyote to me,” he said. “They’re a real nuisance around here.”
I think he was trying to deflect blame. I scoured those woods and didn’t come across any ACME explosives, ACME giant slingshots, or ACME gunpowder disguised as deer food -- all CSI hallmarks of every coyote attack I’ve ever witnessed.
I didn’t dare question him about the discrepancy.
Dear me, I dread the thought of this deer man concluding I’m some sort of nuisance.
On the plus side, I’m sure people would remember me as a man of good taste.
Or at least a good, tasty man.
You see, The Captain cooks as good as he kills.
Rock on, Captain, and same goes to all our fighting men and women serving around the world.
Posted by Chris Rodell at 11:33 AM