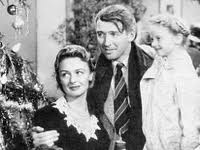 I had a George Bailey moment last night when I reached into my pocket and discovered my free beer chips outnumbered my cash by 5-to-1.
In my mind I heard old Potter cackling, “You’re worth more in Pond beer chips than you are in money!”
That led the Homer Simpson in my mind to exalt, “Woo! Hoo!”
It’s a situation that justifiably alarms the wife in my house.
Me, too, of course.
Big boxes of my new self-published book arrived a couple of weeks ago. I’m awaiting the unveiling of a snazzy new website to make a promotional push. Any day now.
I decided to self-publish after three interested publishers told me their lawyers wouldn’t let me include a passage on the very first page of any book they released. So there it is, a passage headlined “This Book Is Free,” on the first page of my book, the one that purports to show the world how you don’t need money to be happy.
It became important to me after I became enamored with the example of Dr. Jonas Salk, the miracle researcher who turned his back on millions when he discovered the cure for polio and gave it away for free. He believed no man or woman should profit when he or she had something that could so help humanity.
I’ve fearlessly co-opted his altruism. After all, isn’t soul-crippling unhappiness as devastating as polio?
I say yes.
Here’s the passage:
“Anyone who wants a free copy mailed to his or her home, no charge, is welcome to one. Just ask. Author Chris Rodell, of course, encourages you buy it and hopes you’ll support him and the people who distribute, promote and sell books. But if you’re one of those Americans who are out of work and having a tough time or if you know a U.S. serviceman or woman who might benefit from a book that aims to brighten daily lives, then Rodell wants you to get in touch at storyteller@chrisrodell.com. He doesn’t believe a book that at its heart aims to help people be happy should be withheld from anyone over a few dollars. “It’s said the best things in life -- love, friendship, laughter -- are free,” Rodell says. “I don’t presume that this book is one of the best things in life but, by God, there’s nothing to say it can’t keep good company.”
It’s 448 words audacity connoisseurs are bound to admire.
But that’s the way I feel. So when the boxes of books began arriving, the first thing I did was sign and personalize about 20 of them to my good buddies here at The Pond.
When a couple of them tried to pay me, I said, no, I want you to have this because I could never have written a book about happiness without friends like you in my life.
And I meant it. I’ve since sent another dozen or so around the country to distant gigglers.
I couldn’t be more pleased by the reaction. My many friends are genuinely touched, I think because so few of us -- me included -- ever take even a moment to tell the people who mean so much to us how much they matter.
It’s been very gratifying and I urge you to follow suit.
But here’s the so-far bottom line my decision to make available for free a book I need out of financial desperation to sell: I can’t buy a beer in my bar -- which is good because I can’t afford one either.
My friends are buying me more beer than I could wisely consume in a sitting.
That’s where the blue beer chip comes in. If someone buys you a drink at The Pond  while you’re already engaged with another beer, they give you a little blue poker chip representing the on-deck beer.
My friends are eager to compensate me for my gesture and are going above and beyond to express their thanks. That’s as I suspected.
Yesterday came a true affirmation that giving something away for free can lead to real profit.
It came in a card from the bar owner’s father, the man who in 1954 built and opened this cornerstone community tavern. The gracious note included a check for $50 for a $15.95 book I gave him for free.
Normally, I’d piously donate such surplus to a worthy cause but since the check is from the bar I patronize near daily, I’ll cash it and likely spend it on meals in there.
Circle of life, baby.
But there was more. Taped to the note were six more beer chips!
I’m convinced people innately respond to gestures of kindness with reciprocal kindness. In fact, I’m counting on it.
I guess this moony hypothesis has Biblical roots echoed on The Beatles’ “Abbey Road” when Paul McCartney sings, “. . . and in the end the love you take is equal to the love you make.”
I’m perfectly happy staking my solvency on the notion.
And if that doesn’t work I have a Plan B.
I’ll try to convince the bank that little blue beer chips ought to be considered legal tender.
I’ll be the richest man in Latrobe.
By some measures, I already am.
Posted by Chris Rodell at 11:35 AM

Email ThisBlogThis!Share to TwitterShare to FacebookShare to Pinterest
Labels: George Bailey, Paul McCartney, the love you make is equal to the love you take, The Pond Latrobe, Use All The Crayons