America getting too smart for its own good 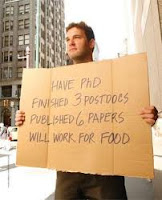 My daughter, 11 and already beginning to sense fatherly failures, asked if I’d be teaching again this year. For three of the past four years I’ve taught creative non-fiction to graduate students at Point Park University in Pittsburgh.

No, I said. I’m done teaching.

“Did you get fired?”

No, it’s impossible to fire someone who doesn’t have a job.

They’re not interested in me. They said I’m no longer qualified.

“Too bad. I know you liked doing it.”

For a split second I thought about launching into a little parental dissertation about the importance of education, but my heart wasn’t in it.

And I don’t want to risk my daughter growing up over-educated like the rest of America.

New state regulations mean I have to on paper be at least be a smidgen smarter than the people I teach and that’s no longer possible.

I was an adjunct professor -- no salary, no benefits, no commitments. It’s the professional equivalent of a one-night stand. And I’m all for that.

The first day was always my favorite. I’d deliberately rush in to the first of 16 three-hour sessions 10 minutes late. Everyone was pissed.

I had them by the end. They knew it was a joke.

My teaching was not. I earned uniformly good student evaluations and have maintained warm friendships with students who still seek my advice.

I think they liked my class because I’m an omnibus of their combined career dreams. Some of them dream of writing books. Some wonder what it would be like to dabble in tabloids. Some are ambitious to land bylines in prestigious magazines like Esquire, Sports Illustrated, Cooking Light, Men’s Health and Playboy.

I’ve done all that.

I loved college, but I’m confident I’d be the same writer I am today if I’d have skipped college and the subsequent student loan burdens and had instead sought a six-month internship under a crackerjack editor.

That was a recurring theme of mine made most emphatic in what I called my little-old-lady-in-the-woods postulate.

It’s about how while we’re engaged in lofty and theoretical discussions about writing, there’s a little old lady in the woods who just woke up today and decided she’s going to be a writer.

She never went to college, studied formal sentence structure or done much of anything but live her happy little life up there in the woods.

“This is the only calling where you don’t need any education. You can’t wake up tomorrow and say, gee, I think today I want to become a doctor, an engineer or even a school crossing guard. But anyone in the world with drive, a good story and a sharp pencil can tomorrow wake up and be a great author.

I’m friends with many successful tradesmen. They repair roofs, unclog drains and fix your furnace when it fritzes.

They don’t talk about working. They work.

I’ve been encouraged to go back to school and earn another degree so I can resume teaching. Most of the people encouraging me to do so are the people who most benefit from all these people going back to school to earn more and more degrees.

They are academics. They think any problem can be solved through additional study.

On paper, America’s never been smarter. Everyone has a B.A., an M.A., an LL.D. or a Ph.Ds in sociology, poli sci or English lit. Many of them are doing honest work in places like Target and Lowes.

Pretty soon we’ll all be some sort of titular doctor fretting over coffee to one another about how there’s no one left who knows how to fix a busted fridge.

If someone wants to see if I know how to write, I don’t show them a resume. I show them this blog.

It would require further study, but I wonder if this over-education is the root of Global Warming.

We’re all being burned out by too many degrees.