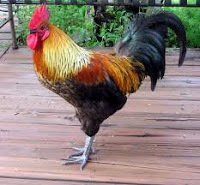 Being sensitive to any potential feelings, I try not to refer to our bedroom timepiece as an “alarm clock,” but rather “the clock that sometimes alarms.”

I don’t feel knee-jerk alarm anytime I look at it. Instead, I usually feel an annoyance of the awareness that time, like the lives of the people I love most, is essentially beyond my control.

I wish instead of a snooze button it had pause button for the times when a day is going splendidly or a fast-forward for when the day’s a real crapfest.

I wouldn’t want a rewind button for fear it might malfunction and I’d have to endure the Bush/Cheney years all over again.

If I were the clock, I’d hate being called the “alarm” clock because I think people would begrudge me for my near daily duty. It’s the stink bug of bedroom appliances.

It’s like calling the obnoxious little neighbor boy “the nosepicker” when we could just as accurately refer to him as “the dog torturer,” “the tantrum tosser” or the “mommy infuriator.”

In times like this, I always try and channel Jed Clampett. I figure he’d probably call his fancy alarm clock the “electronic rooster.”

Many working people will resent me for this, but I’m perfectly at peace with my electronic rooster.

The primary reasons I use the alarm function is when I have an early tee time or a flight to catch.

It rarely alarms us and I usually begin to rise without artificial interference with the dawning sun.

It’s a clock radio and we used to like to enjoy waking to terrestrial radio before it became such a nasty commercial-ridden harangue.

Now the only sound it makes is the harsh “BEEP! BEEP! BEEP!” that makes my heart feel like it’s going to detonate.

I’ve been thinking about the old clock lately because it’s destined to become yet another anachronism we’re all bound to miss as our smart phones take over yet another life function.

Yes, the time for bed stand clocks is running out.

My iPhone has a dandy alarm clock feature I’ve renamed ROOSTER. I like it because I can fine tune my wake-up mood. I can select from any of about 300 time-themed songs on my iTunes library, time being a popular song subject.

For a while I used “Time Waits for No One,” by the Rolling Stones but its insistent beat made me feel like dashing naked out of bed to catch a rush hour bus.

Kathy Mattea has the nice “Time Passes By,” but the country fiddles made me feel like I ought to keep a bottle of Tennessee whiskey beside the bed for a wake-up blast, which I learned through hard experience leads to inherent pitfalls.

It’s soothing, descriptive and like much of Dylan’s work makes absolutely no sense to critical thinkers.

Of course, waking up to even good Dylan doesn’t measure up to the very best way to arise in the mornings. And that, of course, is being kissed all over.

Yes, waking up to sex after spending most of the night dreaming about it is the perfect way to start the day.

You feel loved! You feel invigorated! You’re gettin’ some!

Of course, me waking up to morning sex would certainly alarm my wife who’d insist on knowing why there was a naked stranger sharing our bed.

She’s resistant to my pleas for a carnal sort of wake-up, figuring getting the kids ready for school takes precedent. And she says she needs every minute of sleep she can get.

So my wish for a euphoric wake-up goes ungranted.

I guess even the most loving women have a hard time when the cocks crow too early.