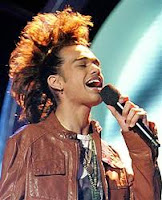 It hasn’t even been 10 years since 2002 when Dick Cheney famously said, “Reagan proved deficits don’t matter.”

It was the reason he used to justify the massive Bush tax cuts to then-U.S. Treasury Secretary Paul O’Neill. Those trickle-down tax cuts and the Iraq War fiasco are the reasons the $230 billion Clinton surplus went, “Wheeee!!!”

Now last night in the museum dedicated to the sainted Reagan all the leading Republicans asserted nothing but deficits matter.

Well, Cheney was for the most part right. Most deficits don’t matter, certainly not to the hysterical extent the Republican presidential candidates currently contend (at least until one of them becomes president).

But there is one key deficit that goes unmentioned because it runs counter to the scare-mongering so prevalent in Congress.

The country is morose at a time when it should be getting ready to strut.

The biggest reason happens Sunday, the 10th anniversary of the 9/11 attacks.

We’ve survived 10 of the worst years in the history of the republic. The attacks and our misguided overreaction -- Iraq -- could have devastated America. Instead will wind up fortifying us.

Historians will look back and wonder how we survived the last decade.

Man, are we ever due.

We survived the untimely death of Texas troubadour Stephen Bruton (1948-2009). He co-wrote many of the songs for the fine Jeff Bridge’s movie, “Crazy Heart,” a 2009 Oscar winner dedicated to his memory.

This is from his 1995 song, “Right on Time,” and it strikes me as Americana apropos of the past decade.

I watched my luck run right out that door

I felt the future slam in my face

You know with luck this bad, I just had to smile

We are witnessing the end of a really messy epoch in American history. It won’t bookend until the next election.

But, I swear, we’re on the short end of it. Detroit’s been miraculously reborn and businesses are sitting on nearly $1 trillion in profits and are bound to soon pull the trigger on more hiring.

The daily headlines scream you should be afraid.

This isn’t about defeating the menace of global Communism or killing Osama bin Laden.

We’re being terrified by a bunch of accountants.

To me it seems almost treasonous to be so afraid of a future in a country so historically exuberant. This country positively percolates with great, innovative men and women who when challenged kick ass.

We defeat polio, bloodthirsty tyrants and nations audacious enough to think they can beat us to the surface of the moon.

These have been some damned tough times. People are struggling.

Hang in there. It’s going to get better.

Here’s a quick booster shot of some things that ought to make you more optimistic when the headlines scream you’re a fool for feeling that way.

• The NFL’s back and Brett Favre isn’t.

• With the exception of Texas Gov. Rick Perry, the Republicans at the debate didn’t all look as batshit crazy as you’d think they might have been. That bodes well for an issue-based 2012 presidential race.

• In 2001, the pessimists predicted we were on the verge of Islamic theocracies sweeping the Middle East. Ten years later the Arab world is rising up to demand Democracy. They’re dying for it in Egypt, Libya and Syria. And Bill Clinton hasn’t even paid them a visit yet.

• Tea Party influence has peaked and so has Sarah Palin.

• Kate Gosselin’s out of work.

• A coalition of CEOs led by Starbucks honcho Howard Schultz is gaining traction in a movement to get America working again. The group is pressuring Congress and business leaders to focus on innovative job creation. This could get interesting.

• Moammar Ghadafi hasn’t had a good day in at least five months.

• Only 16 shopping days until I rerun my ever-popular Lt. Frank Burns tribute on September 29, birthday of the late, five-times married actor Larry Linville!

I’m not sure if any of that will help perennial pessimists who are morose about the future.

Well, you cheered me up, so thank you!

Why, thank you! I checked out your blog. Very engaging. So glad you found me, my new friend!