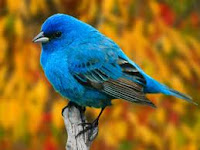 I’m closing in on my 1,000th tweet and 100th follower at 8days2amish. I guess if Twitter had a Mendoza line like baseball does for barely acceptable incompetence, I’d be far below it.

I don’t care. I don’t expect much from Twitter. I don’t use it to inform people I’m going camping or, yikes, the car payment’s due.

I’ve always said it’s a farm team for lines that may or may not one day turn into blog items. And that’s where my focus is. I’m blogging about five days a week now and the effort seems to be paying off.

My numbers in just the last two months are way up. If you’re reading and referring, thanks so much.

I think it’s a sign of blog competence that I only do a twitter round-up once a month and haven’t done one in six weeks.

So today’s full of leisure fun, not the least of which involve’s Josie’s 11th birthday. Hooray for Josie!

May each of you have a fun and soulful Sunday.

Here’s some of my favorite tweets from the past month.

• I'd love to hear Nat X's conspiracy theory about why MLK statue had to be made from white marble.

• Molar, bicuspid and uvula are all words of mouth.

• It's a mystery why anyone would opt for Oreos over Double Stuffed Oreos. It'd be like choosing to watch a skit featuring The Two Stooges.

• National unity will ensue when states reconfigure awkward borders so all are either square, circular, etc.: The United Shapes of America!

• Even cheerful foot doctors are occupationally bound to be a little calloused.

• If guns are such a benefit to society, how come there are metal detectors outside the doors to the public at the U.S. Capitol?

• Centers for Disease Control says people touch their own faces 500 times a day. Says its unsanitary. What about how much butt we all kiss?

• Biden gives a helluva speech but I always get the feeling he leaves the stage and right away asks someone to pull his finger.

• Why does the party that's institutionally opposed to evolution always rely on Darwinism when it comes to dealing with society's neediest?

• I am fearful the world could one day run out of water, but I can't imagine the world ever running out of beer. It helps me carry on.

• Only a mental midget would ever give a damn if Jimmy cracked corn.

• In terms of raw impact, succinctness and message mission, history's greatest poem may be "Be kind, Rewind." Even Shakespeare can't touch it

• Bi-partisan idea for deficit-busting Buffett tax: $100 surcharge on anyone who's ever heard badly singing "Margaritaville" in public. And that includes Jimmy.

• At what stage of hillbilly puberty does Manfred stop being Boyfred?

• If book allegations are true that Palin had random sex, smoked dope, snorted cocaine then she's more "real American" than I thought.

• Trout being scooped into the net await whatever's to happen next with baited breath.

• Am I sorry Kate Gosselin won't be around as much to ask and answer her own questions? I am not.