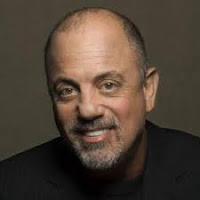 We’ve been having the exact same conversation about once a month for four years. One of the kitchen gals comes up to me at the bar and demands to know why I haven’t acted on her literary advice.

She thinks riches will ensue if I write a book called, “Men Who’ve Been Ruined by Women.”

She always says, “Like Billy Joel! He was great! And then Christie Brinkley ruined him! Same with Bruce Springsteen!”

I always say, “Christie Brinkley was with Bruce Springsteen? That tramp!”

She always looks like she’s going to hit me with a soup ladle.

I always tell her I plan on getting around to it after I get to my own pet project: writing a book called “Famous Sons of Famous Bitches.” It’s a title so snappy it’s bound to score.

Then she always says, “Ah, who reads anyway? Reading’s boring.”

Well, I’m relieved you, my friend, don’t feel that way. And I’m relieved she’s never expressed her displeasure at my sarcastic intransigence more vociferously by hocking a loogie in my jambalaya.

At least I hope that’s never happened. Either way, the jambalaya’s always delicious.

Of course, now my brain goes straight to Theresa every time I hear Billy Joel and I’m left to wonder just what the hell happened to Billy Joel.

She wasn’t my favorite supermodel -- all hail Stephanie Seymour! -- but being ruined by Christie Brinkley wouldn’t be a bad way to go.

I was on board with him from the 1977 release of “The Stranger” clear through the mid-1990s. And I had as much fun listening to him as I did to Tom Petty, The Rolling Stones or any other big band from rock’s golden era.

His concerts kicked ass. Still do, from what I hear.

I read when he was in Pittsburgh about two years ago he came out all bald and dumpy and looking as rock star as Peanuts-creator Charles Schultz. He played two or three songs and then announced, “Hello, Pittsburgh! I’m Billy Joel’s father. Billy would like you all to know he’s doing well and that he still has all his hair.”

His biggest hit was his last.

“We Didn’t Start The Fire” was released in 1990 and became an American sensation. It remains a catchy and inspired romp through 50 of the world’s the most tumultuous years. It’s the kind of song that should by law be updated for high school history classes every 20 years.

The last I saw of him was a CBS Sunday Morning profile of him building custom boats on Long Island. The “Innocent Man” seemed to be pretending he was a happy man. He’s since married and divorced a young pretty who was 32-years his junior.

It seems clear he likes to drink and drive and I’ve read he’s battled depression his whole life. In fact, he once tried to commit suicide by guzzling household poisons. His quote: “I drank furniture polish because it looked tastier than bleach.”

It makes me sad to know this man who’s brought me and so many others so much joy seems so sad.

I wish I could get him to come visit me in Latrobe. I’d take him to The Pond and order him a big bowl of jambalaya.

I’d introduce him to Theresa.

Maybe meeting her and hearing just one shrill harangue about how he squandered his life with supermodels and global adulation might cheer him up.

I know hearing creative career advice from her just once in my life instead of on a monthly basis would leave me a whole lot less glum.