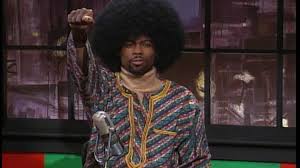 Because my tweet output was a paltry 18 (I usually average 40), I’m splicing in a few random thoughts so no one feels like they’re getting cheated.

• Never dreamed I'd say it, but I long for the days when Republicans seeking party sense used to say, "Let's wait and see what Sarah thinks."

• There are 310 million people in America. That means a million-to-one-shot happens 310 times every day. Maybe today 1 will happen to you.

On this day, in 1981 John Hinkley shot President Ronald Reagan and a guy who once came to me for pizza. The latter was Thomas Delahanty, at the time a 46-year-old D.C. police officer assigned that day to protect the president. He was shot in the neck, suffered permanent and debilitating nerve damage to his left arm and eventually succumbed to a craving for Pizza Hut deep dish pizza from the Banksville Road store where I worked in college. I recognized the name on the slip and then the face. It was about a year after the shooting and he was in town visiting family. I asked how he was doing. He said, thanks, he was doing okay. He’s 81 today and still living in D.C. And that’s the first thing I think about anytime I hear anything about the day Hinkley shot Reagan.

• I’d like to see a play about a demonic woman who works at an evil candle factory. I'd call it "Wicked."

• I wonder how many dermatologists think they're being clever when they write bios that promise "warts 'n' all."

Val and I both highly recommend seeing “Get Out,” the inventive new Jordan Peele comedy thriller starring Daniel Kaluuya and Allison Williams. It’s earned a 99 percent on Rotten Tomatoes. It’s funny/scary and I now have a crush on the beautiful Williams, who is the daughter of Anson “Potsie” Williams from “Happy Days,” which means she’s the great-nephew of the recently deceased Henry Heimlich, which is what I think about every time I think about Potsie and now his comely daughter. My Heimlich-fact story is here. (Editor’s note: Ugh, I just learned she is NOT the daughter or Anson Williams, but the daughter of BRIAN Williams, the disgraced NBC News anchor. I’d change the whole thing, but since it involves Brian I’m leaving it stand as a nod to reckless storytelling).

• People complaining new Facebook pop-up tab is distracting fail to appreciate that Facebook is nothing but one big distraction.

• Irony of living in these uncertain times is how so much uncertainty could produce so many who are absolutely certain they're never wrong.

• Team Trump contention that all its problems are result of deep state lead me to conclude they are the shallow state.

Not only was my tweet output paltry, March’s 14 posts was the lowest monthly blog output in six years. Being less of a slave to near-daily posting may be conversely productive. I think the topic selection and the writing have been strong and despite fewer posts, March is the second month to crest 10,000 views. It’s odd that the less I write, the more people read. Maybe it’ll take me ceasing writing all together to become a truly successful writer.

• I’m growing nostalgic for the days when I could tell nasty bald jokes without appearing truly hypocritical.

• Anytime you hear of someone dying suddenly it should reinforce the need to ensure you’re always living suddenly. #PrayForLondon

• Given abundance of today's school activities coupled with my habitual hooky I'm now spending more time in high school than when I was in high school.

• I'm one of those guys who says he hates change, but still stoops in traffic for pennies and nickels.

Thanks to my friends who’ve forwarded the news that Crayola is tomorrow announcing the permanent retirement of one of its colors. Of course, that’s the obvious choice for tomorrow’s blog. Given my abhorrence to do anything obvious, does that mean it’ll happen? I think so. I have some news about my own crayons stuff and tomorrow will be a good day to break it.

• I’m looking forward to the day when I'm so curmudgeonly I say whatever the hell I feel to whomever I please. I'm thinking it'll be Tuesday.

• Because it's bound to piss off all the people I enjoy seeing pissed, I hope when Obama re-emerges he looks just like this (see above).

• He said I'd get sick of winning. Don't think this is what he meant. Glad if I do get sick I still have my ACA.

• Reading newspapers on-line is to reading actual newspapers what phone sex is to lovemaking. Gone is the soul, the serendipity and chance to get your hands good and dirty during the touchy endeavor.