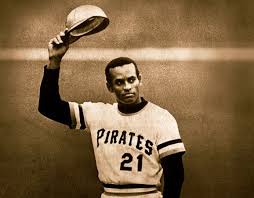 The knowledge isn’t tempting me to commit fraud. And of all the crimes I could commit, stealing the great Clemente’s identity for even one day would be one of the most heinous.

And, besides, I already have relevant numbers to more soulful fun than any ill-gotten loot could bestow. The numbers are: 3339 Penn Ave., Pittsburgh; 412 621-1268; info@clementemuseum.com; clementemuseum.com.

It’s the address to one of the coolest places in Pittsburgh and one of the most secret. The museum’s been there 10 years and is thriving with near-zero local publicity or support.

That ought to change. It’s a true treasure.

Every Pirate fans should for $20 each book an appointment for the 90-minute guided tour of The Clemente Museum, the great museum about The Great One.

When a buddy said he’d scheduled an appointment-only tour for the museum I suspected it would be in some guy’s basement.

And I was right.

But, oh, what a basement.

The Clemente Museum is located in the once-dilapidated Engine House 25 that once serviced the Lawrenceville neighborhood. A fire pole is still present in the cavernous bays that once housed the horse-drawn fire trucks and is now the museum’s main gallery.

Confounding to me is the identity and occupation of this treasure’s driving force. He’s Duane Rieder and he’s a photographer. He’s painstakingly preserved and curated a wealth of Clemente and MLB memorabilia that draws sports luminaries from around the world.

For a writer, one who used to brusquely order lollygagging photographers around, the fact upends the natural order.

Reider lives and works in a studio above the museum.

I don’t know whether Rieder ever hobnobs with scruffy writers — Rick, our guide, was his affable surrogate — but I do know he does rub elbows with sports royalty. Bob Costas, Dan Marino, Alex Rodriguez, Albert Pujols, Ichiro Suzuki and countless MLB Hall of Famers are recent guests. Widow Vera Clemente and her family are supporters.

Eddie Vedder is such a fan he wore the “21” shirt he bought there on stage throughout Pearl Jam’s ’16 summer tour.

All come to learn about the man who by all rights will have his number 21 retired, an MLB tribute that now belongs exclusively to Jackie Robinson and 42.

The artifacts are lavishly displayed and include rare contracts, awards, tributes, candid photos and, yes, his social security card.

So, sure, it’s a great place for baseball fans. But why would I be so eager to take my wife or anyone whose interest in sports runs at milder temps?

The Clemente Museum is also one of the city’s best wine bars.

It’s “Arriba!” Made popular by legendary Pirate broadcaster Bob Prince, the Spanish word is an expression of emphatic approval Prince used when Clemente did something incredible.

Its tasting cellar, cigar room, and street-level bar are as unique and engaging as any in Southwestern Pennsylvania. It’s great for parties, receptions and fundraisers.

Many luminaries become members by ordering $12,000 kegs of their own wine.

Mario Lemieux (second only to Roberto in Pittsburgh sports legends) is a supporter, as are Penguins Pascal Dupuis, Kris Letang and Marc-Andre Fleury.

In fact, there’s more evidence of Canadian-born Penguin support of the Clemente Museum than there is of any by the current Pirate ownership.

I can’t state it as fact, but I believe I’m correct in saying Bob Nutting’s never been to the Clemente Museum.

I asked about this and Rick grudgingly said the Pirates have said MLB standards prevent promotion of the museum’s existence, as if spotlighting the life of Roberto Clemente would degrade, not elevate baseball.

If I knew the Spanish word for bull crap I’d be emphatically broadcasting it right now.

As I said, I have no intention of using Roberto’s social security number to steal his identity. It’s illegal and no good could come from it.

I’ll instead urge a man as resourceful and talented as Rieder to steal Bob Nutting’s.

It would give us Pirate fans plenty of reasons to shout, “Arriba!”