Words in Bible but not my book & vice versa 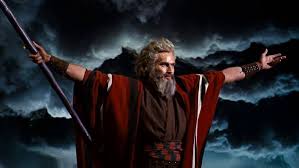 The word sex doesn’t appear even once among the 783,137 others in the King James version of the Bible.

Something to think about for your Easter book purchases.

Just because there’s no sex in the Bible doesn’t mean Bible people weren’t getting some in the Biblical sense.

Of course, sex in the Bible was described by the archaic verb “begat.”

I couldn’t find a reliable word count, but one site says begat is used 97 times in the book of Genesis alone. Example from Genesis 11:13: “And Arphaxad lived after he begat Salah four hundred and three years and begat sons and daughters.”

That’s a mighty skimpy obit for a guy who lived to be 403.

Heck, I remember reading the obit of an old town drunk last week and it mentioned all his social clubs, his moronic kids and where they lived and stated he liked to golf and watch Pirate baseball.

A pity he died during spring training.

I wonder if Arphaxad liked baseball and if during his 403 years he ever saw the Bucs win the World Series.

Bob Nutting didn’t own the team back then.

It seems out of proportion for the Bible, but just about right for how things were for me on a really good weekend back in Athens, Ohio.

My book uses 274 exclamation points, a number substantial enough to embarrass the author. In my defense, the book is populated by enthusiastic characters who say things like, “Buster ran to the hall, his heart pounding in his chest. ‘Dudash! Dudash! Get in here! Now!’”

I’m not proud of all the exclamation points, but I am pleased one of my characters is a woman who’s always summoned to run and has a name pronounced “DOO-Dash.”

Interesting fact: Typewriter keyboards did not include an exclamation point until 1970, which makes perfect sense because it was one year after the Rolling Stones released “Let it Bleed.”

Sources vary on how many exclamation points are in the Bible, but I found this comment from an inveterate bullshitter who said, “I am a speed reader and it only takes me about 10 minutes to read through the Bible, so I read through a Cambridge KJV and found three exclamation marks in the Old Testament, and one in the New.

“It is possible that I missed one, but I read very carefully, so I don’t think so.”

He must have skimmed over Revelations 21:8 that says:

“But as for the cowardly, the faithless, the detestable, as for murderers, the sexually immoral, sorcerers, idolaters, and ALL LIARS, their portion will be in the lake that burns with fire and sulfur.”

My book mentions Jesus 63 times; the Bible, 983. But the disparity levels when it’s noted I mention Jeff Probst once and the Bible does not.

So there you go, just a bunch of random numbers from sources that may or may not be credible.

You can believe it or not.

Same goes for the Bible.

How to review ‘Last Baby Boomer’