Tick bit where no man wants to be tick bitten 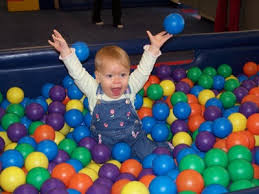 I woke up feeling morose yesterday morning. I felt lost. I felt forlorn. I felt a sense of hopelessness.

I knew it wouldn’t last. I knew things were bound to change. Sure enough, they did.

They got much, much worse.

I felt my balls.

I’d noticed an irritation and detected what felt like a nubby pencil eraser attached to the skin.

With trembling dread, I crab-walked to the bathroom, turned on the light, and began a gentle inspection.

A tick was sucking on my right nut!

The nerve. We’d not even been properly introduced.

By the size of it, the tick had been there since, oh, 1982. The sucker was huge. It was engorged like it had been given a seat at an all-you-can-eat binge, a regular ballfet.

We live in the woods. Our stupid dog gets one or two ticks a year. Val and both kids have had their brushes with the nasty little buggers.

But their ticks have had the decency to bite them in places relatively free of pain and embarrassment.

Mine sought to inflict maximum pain, fear and humiliation, like an attack planned by Tick General Patton.

I couldn’t believe it had undetected surpassed all my sartorial defenses to make it clear to my testicles — and ticks probably win some kind of bonus points if they make it to the one part of the male human body that includes a syllable that’s pronounced “TICK.”

Understand, I’ve not been roaming naked through the woods. I’ve been fully clothed from head to toe since at least Fall.

So this tick — about the size of a pepper seed — somehow climbed up my shoe, over my sock, up my calf, through a forest of leg hair, evaded the hem of my boxer shorts, and found the most sensitive part of me before deciding to feast.

If I’d have known even one girl at Ohio University with that kind of precise persistence I never would have graduated.

I summoned Val to the bathroom with a voice that always leads her to believe I’m either about to ask her for a lot of money or confess to one small sin in hopes it’ll conceal a much larger one.

I ask her to gaze at my groin. She knew by my demeanor this is not an invitation to foreplay.

You can now appreciate the integrity of my storytelling because I didn’t edit her comment to read, “Wow! It’s a big one!” before getting to the part about the tick.

She told me her experience taught her the best way to remove a tick that was as embedded as mine was to make it dizzy; to rub it in a circular way with my finger.

“That’ll loosen its grip and cause it to withdraw. Then you can use your tweezers to remove it. You do not want to pinch it off so the head stays in your body. That could lead to Lyme Disease.”

She left me alone and for the first time in my life I began to ponder the best way to make a tick dizzy.

Sure, I could rub it with my finger or I could get creative. I could dance, shake my hips, maybe do calisthenics.

I decided to use the recommended finger method when I realized the other options were more likely to make me dizzy and I’d soon be pinching tweezers upon my scrotum.

Well, the operation was a painful failure. I was unable to extract the tick head.

Val said to call the doctor; the doctor said to come over ASAP. That’s an hour from right now.

Every alien itch has me feeling like charbroiling my groin with a flamethrower.

I fear I’m about to endure a painful episode, one that’s sure to involve embarrassment.

And that’s the tick tock on today’s tick talk.

Mourn not the culprit of all this pain and embarrassment.

Sure, the instigator is dead, beheaded by tweezers, but how many ticks do you know that died having a real ball?

Human groomin’ and the evolution of bugs