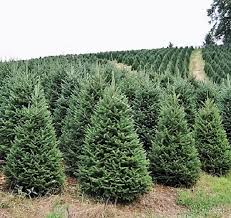 The girls dismissed each candidate with discriminating scowls. One was “too fat.” Another “too ugly.” One reject was dismissed for looking “really stupid.”

What is it about selecting the family Christmas tree that turns my otherwise sweet daughters into Donald Trump at a beauty pageant?

When it comes to Christmas trees, they insist on perfection.

With fathers, not so much. Whew!

I curmudgeonly bitch about the entire endeavor. Some fathers want small, light Christmas trees, something that fits neatly in the trunk.

I go ‘em all one better.

I want to take home the first bonsai Christmas tree, something that fits neatly in the glove box.

This is the year I’ll remember being struck by the momentary fear that one of my daughters wasn’t cool, which would devastate me because I consider being cool more essential than being either solvent or employed.

Ehhh! I have my priorities.

Lucy said her teacher asked how many of her fellow 5th graders had their Christmas trees up.

“I was the only one who didn’t raise my hand,” she said.

She was at risk of being ostracized. She was out there. Alone. The tree bullies were circling. Could a hell-bound agnostic be in their midst?

Then the teacher asked another question: How many of the students had real trees?

“I was the only one who raised my hand that time, too.”

If my daughters were any cooler the Weather Channel would factor their existence into climate change forecasts.

There should be a name for those of us who prefer real trees to artificial ones.

This Christmas I’m more concerned about fake news than fake trees. It’s transforming the whole country, how we vote and how we get along.

Worse, the people who are devoted to fake news believe stories debunking fake news are the real fake news.

Reports say 62 percent of Americans get their news through Facebook, which means to me for the first time in history humans are at risk of engaging in deliberate illiteracy.

I shouldn’t be surprised. After all, there have long been vast regions of the country where, “Do you think rasslin’ is fake?” is still considered a sophisticated pick-up line.

We increasingly fear the coming rise of artificial intelligence in our machines yet disdain actual intelligence when we see evidence of it displayed in any of our more thoughtful leaders.

Trump’s intention to rely on the opinions of his children more than a conventional braintrust indicates to me he just doesn’t trust brains.

He spreads fake news, ogles fake breasts and does all his thinking under a gaudy confection of hair so fake it makes the fake Christmas trees decorating Trump Tower lobbies seem demure.

So I’m at the very least very contrary.

I like real Christmas trees, real intelligence and what I read in the real news is making me real scared.

Of course, I’m in the minority.

I guess that makes me a real sap.

Actually you are in the majority by almost 3 million people