A blog on reruns (not the character) 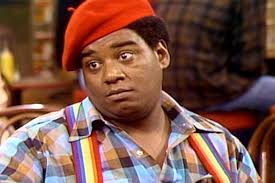 In one way it’s mind hookie, a mental jail break from anything that’s troubling me.

In another way, it reveals a surprising mental discipline from a man far too self-deprecating to acknowledge.

But, damn, the blog is often very good. So many people really love it. I hear that all the time.

It makes me so happy. It’s a true labor of love.

And the numbers are strong.

And I think the blog’s on a nice run. Lively topics, clever lines, and crisp delivery — I contend the spigot is fully open.

That is some of what I wanted to tell a crabby friend last month after he complained I was relying on too many re-runs.

In fact, I’ll bet he already has.

On the rare off day I’ve unscrupulously slipped in some old rarities without proper notification.

Please don’t tell anyone. I wouldn’t want to the Blog Council to find out and send the blog police around revoke my blog license.

Doing three or four originals a week requires real commitment. Doing more would be a form of insanity.

In fact, I had a bona fide financial advisor tell me in so many words that’s exactly what I am.

And someday I hope to share with you and the world the confidential rebuttal letter I wrote to that — and I beg your pardon for this — oily motherfucker.

I re-run ones if they’re seasonal. I like re-posting the one about the divisive Paul McCartney Christmas song. Lots of Christmas or other holiday offerings warrant annual re-run.

I re-run ones if they’re topical. If Mitt Romney’s in the news I might re-run the one where I speculated his wife’s horse was homosexual.

Sometimes I choose to slip in a re-run when my morning ritual is disrupted. I blog best between 6 and 9 a.m. Starting any later just doesn’t seem to work.

I feel more comfortable doing this because while I’ve not matured, the blog has.

I think it’s to the point where readers know they can stop in and find a reliably entertaining read.

At least I hope so.

So basically I’m going to do whatever the hell I feel like until and unless someone gives me a whole lot of money to do otherwise.

I did learn something from my financial advisor.

And I promise not to re-run this one for at least a month.