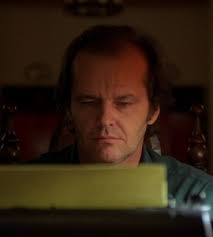 I sold three books earlier this week without having to rise from my bar stool — and that’s a strong disincentive to ever take such a drastic step again.

It was cool because a friend who’d already read the book had come to the Tin Lizzy to buy a gift copy and was so gushy about the need to do so it inspired nearby others.

I, still being of humble dispositions, round down and charge $15.

But I don’t object when generous buyers round up. So I was happy when my customers pulled out $20s and told me to keep the change.

One of the buyers works in construction and says he’s never read a single book in his life. I think he’s exaggerating, but he’s adamant.

He’s a very bright and friendly guy, very successful in his field.

He’s just not a reader.

That puts a lot of pressure on my book.

It’s like Martin McCrae, my book’s protagonist, is the carnal designate on a literary mission steal this burly man’s virginity.

Even though he’s a devoted heterosexual, McCrae, I think, would welcome the challenge.

But this novice reader said something thought-provoking when I handed him the book.

Yes, that’s it, I said. Was he disappointed?

“Well, I thought for $16.95 it would be thicker. Like maybe another half inch or so of pages.”

He was joking, but his declaration shows how a nuts-'n'-bolts man considers what is essentially a work of art.

It has me wondering if bargain-savvy readers would buy my book if it were more substantial. Let’s break it down:

The nutritionally dense nut is considered a superfood. They’re loaded with vitamins and nutrients and are an excellent source of the mono-saturated fats that promote healthy cholesterol.

But you can’t read an organic nut while you’re sitting on the crapper.

Would my book be more desirable if it weighed 2 or 3 pounds?

It would a surprising turn of events because I spent years trying to reduce its size.

I believe great writing is a result of great deleting.

Adding to any book is a cinch.

Just shovel in the shit.

After some thought, I believe I’ve come up with the perfect book for anyone who looks at a book as a purely bottom-line purchase. The book I have in mind has more than 1,000 pages.

It’s by author Jack Torrance — it’s his last book — and had a working title of, I guess, “The Story of Jack.”

It’s the most economical book of all time. It weighs probably a good 5 pounds and has maybe 150,000 words.

One catch: it uses just 10 words and they're all the same.

All work and no play makes Jack a dull boy.

As a study in repetition, it’s as chilling as anything Stephen King’s ever written.

You remember it, certainly, from the 1980 movie version of King’s book, “The Shining.”

Author/caretaker Torrance and his family hole up in the spooky Overlook Hotel. Shuttered for the winter, it offers perfect writerly solitude but for the ghostly gang of homicidal spirits.

The spookiest scene might be the one where Mrs. Torrance sereptitiously peeks at her cranky husband’s manuscript and sees it’s the same line over and over, sometimes in different patterns, but always the same sentence.

All work and no play makes Jack a dull boy.

She freaks out. She thinks, my God, my husband has lost his mind.

I see that and freak out for different reasons. I think, my God, some poor bastard had to type all that.

Because it’s not faked. They didn’t have a computer back in 1979 that could shoot out more than a thousand different patterns.

It was all typed. Ten words. Same 10 words. Page after page.

My friend might think it’s a good book, but it’s not one I could ever write.

Doing otherwise would drive me nuts.

This book is NOT free: My new novel for sale