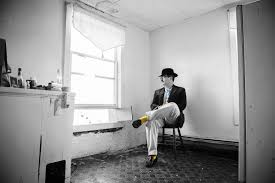 Three of my most popular and well-received posts from 2016 were heartfelt eulogies to dead friends.

So if you’re a friend of mine and you happen to expire before me, rest in peace knowing I’ll be happy to boost my readership by opining on your life and death.

The most newsworthy death was that of Arnold Palmer. My story in two days became one of my top 10 all-timers and was widely quoted in social media and in a few mainstream publications. I was pleased because I sensed the story would be widely read so the stakes felt high, well, high for a no-account/no pay blog like mine at least. I was particularly pleased to learn friends at the Palmer offices told me mine was one from among the thousands of global eulogies they chose to .

We were saddened but only a little surprised to learn of the death of Jerry Palmer, Arnold’s brother, just 55 days later. Here, again, I was touched by the compliments of family members who reached out to tell me they were buoyed by my recollections of their loved ones.

It may surprise those who knew either of the Palmers, but the death of our good friend Dow Carnahan may have shaken the community most of all. Dow was a beloved and respected local radio announcer who bestowed Latrobe with a grace and eloquence worthy of far more populace places. And, man, he was just a great guy. I tried to craft my thoughts on his sudden passing with great care and heart because that’s the way Dow did everything. We miss him so much.

Amidst these traumas we had — yippee! — the most tumultuous political season of our lives. And our town became Ground Zero for the Trump movement when an enthusiast transformed a nearby rental property into what became known around the world as the Trump House. I am in the hometown minority in that I find Trump obnoxious. So taking a side in the debate was potentially risky. There was a chance I’d alienate friends and readers. But I often feel obliged to weigh in on controversies just because to do otherwise feels cowardly. I think this post succeeded in that it got my points across without disrespecting those who disagreed. I’d like to thank each of them for both being open-minded to my views and not shooting me during the Happy Hour. At least, not yet.

Understand, it always pains me to feel compelled to write on any topic that might sadden or unsettle even one reader. It makes me so happy — and I hear it all the time — when readers tell me the whole reason they read the blog is to feel better. So my favorites will always involve offbeat silliness, like this October one that explains that the Wazoo & Ying Yang are NOT Chinese rivers.

I guess if I was restricted to one topic it wouldn’t be food, booze, politics or journalism or books even. It would be music. I like to write about music because it engages so many readers who have real passion. I found that out in January when I wrote this one about the day I told our 9th grader why The Stones are better than The Beatles.

This one about Erin Andrews drew a lot of readers and positive comment. Lots of people liked my take on what I’d say to her if she were my daughter.

Putting a humorous twist on obscure history always feels like a blog job well done — and I was careful to ensure “blog job” was not marred by an unfortunate typo. I was fascinated to learn about Eddie Klep, who broke the color barrier by being the first white man to play in the Negro Leagues.

I try not to write too much about anyone topic, but I could write at least once a week about my Mom. This was a particularly topical year with us moving her out to live nearer to us. This one is from February when I felt compelled to tell her I was quitting the imaginary job I told her I had at a local hardware store.

It is likely to my detriment I’m not even more obnoxious about hawking my books on the blog. But I think everyone’s well-aware I’m eager to sell my books, “Last Baby Boomer” in particular, and do not need the fact shoved down their throats. So when I do write about the books I try to do so tangentially, as I did in this one from earlier this month about someone commenting my book should weigh more.

I intend to write tomorrow about what a crapfest 2016 was for me, at least, and for all the people who’ll now have the number etched on their tombstones, but that goes without saying.

I summarize blog highlights here and now in the hopes you’ll share this with friends who might benefit from an overview of what readers might expect when they check out www.EightDaysToAmish.com

Thank you — each of you — for even taking a moment in ’16 to check out the blog. I’m very gratified by all the interest and hope you’ll help make ’17 a gangbuster year for this feisty little bugger.

And I mean the blog, not me.