Telling the truth to teen writers about writing 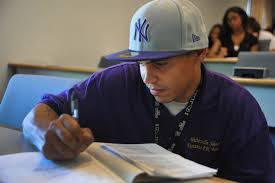 Would the teen me ever become a writer if he’d heard the 53-year-old me lament how difficult it is to be a writer?

That’s the question I’m asking myself after being invited to co-host with fellow writer D.R. Rosensteel a two-day teen writers workshop starting June 11 at 12:30 p.m. at the Greensburg Barnes & Noble. Even non-teens are welcome to attend as long as they promise to euphemize their profanity and conclude all tailgate drinking parties one hour prior to the start of the workshop.

What most most people actually mean when they say they want to be writers is they want to be John Grisham or J.K. Rowling. They want to enjoy book tours, movie premieres and the chance to be chummy with folks like Oprah.

They can’t mean they want to be me.

Heck, there are many days when even I don’t even want to be me.

Because I’m one an honest-to-goodness writer. Despite years of setbacks, rejection and dismal earnings I never once thought, you know, maybe I should become a plumber, a chef or try driving a bus.

And all I do is write and I write everything. I’ve written for newspapers, magazines, tabloids, websites, etc. I’ve written those page-a-day calendars and authored seven books (although four of them are so silly I barely acknowledge their existence).

Through it all I’ve found even modest success painfully elusive.

Could it be because I’m no good? That’s possible. But there’s ample evidence to the contrary.

People love this blog — and that’s as pure a writing exercise as there is. I have on average 5,000 hits a month from readers all over the world and the numbers are on the uptick. I have more than 5,100 for May and we still have half of May left.

How much will I earn from this soulful labor of love?

Zero. Not one cent.

But they are self-published. Despite positive industry reactions, I’ve never been able to attract an literary agent, much less a publisher.

So the economics of that go like this: you put about $3,000 on a credit card in one flash and then you’re reimbursed $20 a time over, say, the next three years.

Essentially, self-publishing economics means writers like me are writing for beer money and I’m fine with that. I drink a lot of beer.

But it adds stress to the marriage.

It could be gardening, reading, playing with your dog or grandchildren, or watching something that makes you laugh.

With me, it’s writing.

What else do I get out of it?

I get an incredibly vibrant life.

I’ve wrestled alligators, eaten like Elvis and once to demonstrate the power of the mind over pain laid down on a bed of nails and had 50 pounds of concrete smashed with a sledgehammer. The experiment convinced me I’m weak-minded because, duh, it really, really hurt.

I’ve written profiles and become friends with some of the most fascinating people on the planet. Some are obscure, all are inspirational, one is Arnold Palmer.

Want to have fun as a writer? Make sure you find a way to write about travel.

I’ve been wined and dined at many of the finest resorts in North America.

When San Francisco tourist officials heard my bride and I would be honeymooning in their town, our itinerary included golf at Pebble Beach, dinner at the No. 1 restaurant in America — Napa’s French Laundry — and a celebratory bottle of champagne we popped on the middle of the Golden Gate Bridge.

We’ve stayed for free at The Breakers, The Greenbrier and were chummy with the maitre d’s at many of Manhattan’s swankiest restaurants.

And it was all free.

These swashbuckling experiences have led to many lucrative speaking engagements, another life-enriching aspect that would have been denied me had I chosen a more conventional path. And it’s a real rush to get paid to speak to 250 strangers and see them rise to their feet and cheer your story.

What’s been the best part?

The enthusiastic reaction to the “Last Baby Boomer” has been very uplifting. To hear people say my story is like Kurt Vonnegut is soulful vindication, but that’s still not the best.

The best was still the call from the stranger in Illinois who said she loved my “Crayons!” book and wanted to buy 30 copies. I said, wow, you have 30 friends?

“No,” she said, “I only have 10 friends, but I want to give the other 20 copies to a local cancer ward where I know they’ll make a difference in people’s lives.”

So I’ve lived a life that’s been incredibly rich, rich in every way except in the way bankers define rich.
Knowing what I know, would the 53-year-old me ever go back and advise the teen me ever become a writer? Would I tell him to do it even though I knew he’d be facing a future filled with bouts of depression, regret, feelings of failure and worthlessness?

“Hello, Omaha!” “Use All the Crayons!” hits the road

Email ThisBlogThis!Share to TwitterShare to FacebookShare to Pinterest
Labels: #bfestbuzz, Greensburg Barnes & Noble, teen writers, Use All The Crayons