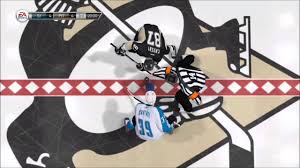 The Pens playing the San Jose Sharks for the Stanley Cup is less than idyllic for me because I’m one of those guys who gets annoyed having to pay attention to any news happening in any of the 39 world time zones that aren’t the one I’m in.

It’ll be annoying for people watching the games with me because I’ll inevitably ask stupid questions about real sharks.

For instance, I’ve always wondered if these notorious man-eaters are uniformly voracious or if there are some sharks that are like some picky kids about cleaning their proverbial plate.

Dad shark: “Son, if you don’t eat your liver you’ll go to your room without your device privileges for the whole night.”

Son shark: “I hate liver! Isn't it enough I ate both the awful kidneys!”

I like it when best of seven series involving Pittsburgh teams are against teams within our sensible time zone against players whose names lend themselves to convenient heckling.

That’s why I was hoping we’d play the Brooklyn Nets, a EST team with players named Tad Young, Will Read, and Jarret Jack.

Of course, this would be highly unusual because the Nets are a professional basketball team and playing an NBA team in the NHL’s Stanley Cup would unprecedented.

And, oh, how the Pens would kick their asses.

I also hate the sports league propensity to try and achieve perfect fairness in scheduling. That means games 1, 2, 5 and 7 will be played in Pittsburgh, which gets home ice advantage because of its superior record.

Those of you who are statistically minded will note the disparity in sequencing. Games 3, 4 and 6 will succumb to the scheduling equivalent of Manifest Destiny.

It upsets environmentalists like myself because of all the squandered  jet fuel it’ll take to zoom back and forth across the continent in the event the series goes seven games (it won’t).

It’d make environmental sense to play the games in a central location, like Lebanon, Kansas, the exact geographic center of the USA.

If you think Lebanon would be a convention mecca, you’d be mistaken. Population 279, one resident told me they’re so desolate they’re 60 miles from the nearest Walmart and that they buy toilet paper by the pallet.

Of course, the biggest question of all involving San Jose’s participation in the Stanley Cup is whose idea was it to put an NHL franchise in San Jose, an inland city with the same international prestige as Fresno.

Who wants to junket to San Jose?

It’s like taking a California team and making it come to Pennsylvania to play Scranton.

There shouldn’t be professional ice hockey in towns that never see roads covered in actual ice. And I reserve the right to alter my position once Global Warming renders the whole stipulation preposterous.

So it promises to be a fun week here in Pittsburgh and San Jose, too, I’m sure.

I grew up playing hockey and have remained a huge fan. This Penguin team is very appealing, too.

Being in a city that’s on a championship run is tremendous fun. No one knows this better than Pittsburgh fans. In my lifetime, I’ve celebrated six Super Bowls, three Stanley Cups and three World Series championships.

That’s 12 in five decades, for an average of more than two every decade.

This week will prove it again.

It sounds like one of those hysterically hyped Animal Planet shows, but this series will confound the the aquatic natural order: The Pens will devour the Sharks.

Fanning vs. shark: we need a rematch!