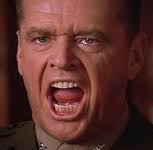 Rational pacifists saw sound reasons to engage in bloody all-out war with Hitler and the Taliban. We didn’t see it in the buildup to war with Iraq.

Alas, that’ll be the sad extent of my sacrifice on this Memorial Day.
Posted by Chris Rodell at 9:54 AM