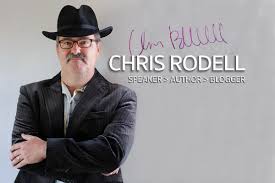 I remember it was a steamy morning way back in August when I spent an hour or so posing for the literary equivalent of boudoir glamor shots.

I preened, I posed, I pouted.

It was all very appropriate because posing as a true preening author has led to so much pouting at the Rodell household.

But my debut novel would be coming out soon and I needed some classy author shots for promotional reasons.

So I got in touch with my friend Brian Henry. He’s an Emmy-nominated videographer and produced the excellent introductory video on the www.UseAllTheCrayons.com.

I call him whenever I need someone to photograph either me or Arnold Palmer, the legend I interview on a near quarterly basis.

So Brian is about the only thing Palmer and I have in common.

It was an unsettling time for me. I’d just been evicted from my Pond office, where I’d been “working” for seven years. I was, of course, stung by the new ownership move, but truly believe it’s important to embrace all change.

And Buck at the Tin Lizzy had offered me cheap penthouse space so that meant the eviction had overnight tripled my friendly drinking options.

This was before Jaffre’s had re-opened the building’s anchor restaurant. So on that steamy morning, Brian and I were free to roam the building for gritty backdrops. And in any building that dates back to the 1750s, there is grit galore.

Being photographed for promotional purposes stokes the ego. I’d brought a splashy wardrobe of shirts and figured my Van Morrison-style fedora would make a great prop.

It was very productive and I now have a handy trove of professional shots to deploy with a simple click.

This was useful because I knew I’d need at least a few for another promotional project I’d been putting off for 15 years.

I was about to brand the crap out of myself.

Instead, it was an exercise in corralling my confusing and varied websites under one big umbrella.

Learned that from Arnold!

See, for years, chrisrodell.com was a non-entity. It did nothing. It languished. It just sort of sat there.

I can’t blame it. It was only aping the real Chris Rodell..

But I’ve always been fond of its stagnant content. It has my Enquirer stories, travel pieces for once-respectable newspapers, and some of the ones I did for Playboy, Esquire, Men’s Health, etc.

My favorite part was the deceitful homepage sticker that reads “On-line since 1982!”

In fact, I don’t think I set it up until about about 2002, but I remember once seeing on the great Texas troubadour Joe Ely’s site a sticker that read “On-line since 1983!” and if I was ever stuck in an elevator with Joe I didn’t want to feel inferior.

And as many of us have realized, the web turns a blind eye toward deceit and exaggeration.

In fact, for most of those years, my most prominent web presence was right here at the enigmatically — and instantly forgettable — named, EightDaysToAmish.com.

It was like I was trying to hide from anybody who’d type “chris rodell” into any decent search engine.

The new book meant that had to change.

So I took those pictures and shipped them over to Robyn John at Apollo Design. She and Michael Swan have done a tremendous job for me.

Even in years when I was professionally tanking, I always looked like I was thriving, which recalls my old man’s line about appearing sharp on the golf course: “Takes years to play like a pro, but just minutes to look like one.”

I asked Robyn to create another top notch site that made ChrisRodell.com more like Chris Rodell.

I just love it.

Now, anyone searching for me will right away land on a website the showcases all I do. It has six distinct pages, including the heirloom “Freelance” one — my first — that has the great line about “Free Firewood! Who says this stuff doesn’t grow on trees?” Still get calls about that one.

Of course, it’s “The Last Baby Boomer.” It features a catchy synopsis of the book and three sample chapters. It also includes the gold sticker notification boasting the book is the winner of the prestigious TINARA award for satire.

It stands for This Is Not A Real Award.

The web’s still not too picky about the facts it presents.

I hope you’ll check it out and share it with friends who might be interested in browsing nearly all 2,000 of the stories I’ve written since 2000 — and I apologize if that makes it sound like I’m assuming you’re all friends with escaped mental patients.

I’ll be talking about some of those stories today during an interview with my friend Suzanne Elliott for South Hills Living magazine.

There will be another photoshoot. It’ll be at Atria’s in Mt. Lebanon.

They asked me to be sure to bring the hat I’m wearing in many of the shots Brian took.

Now, if I can only convince one or the other to get off his ass to start earning some money.