November Tweets of the Month 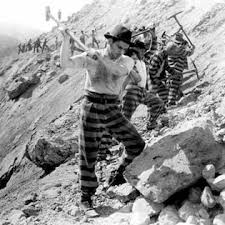 I always vow whenever I’m stuck for an idea to mine my @8days2amish twitter feed and just harvest snappy ideas from there.

But I hardly ever do this.

It just seems too easy. And what’s the point of devoting hours each day to a non-paying pastime unless it’s really challenging?

• Bedlam is an uproarious situation. Bed lamb is a rural farm scandal.

• Someone asked what's the longest I've ever gone without blogging. I said that would be from 1963-2008.

• People who find new money is always burning holes in their pants should invest in flame-resistant trousers.

• Not sure if it makes me a bad dad or an efficient communicator, but I didn't engage in attentive fathering until my kids were old enough to get the jokes.

• The fewer the ingredients, the better/healthier the food. For instance, apples are made entirely of apple.

• If a surgeon botches a boob job can they still call it a bust?

• Because they haven't released a new album in 10 years, I propose next Rolling Stones record be called "Gathered Moss.”

• Daughter, 9, said she wants to go to Amsterdam. Why? Said she thinks it'd be cute. She thinks it's Hamsterdam.

• Hate to always be so PC, but shouldn't podiatrists begin describing the little toe of dark-skinned people as something other than”pinkie?"

• Even if you despise war for all its inherent inhumanity, you have to admit: The History Channel would be pretty boring without it.

• Your life will be appreciably more sane if you wake up each day realizing your job isn't nearly as important as you think.

• GOP wants Mexicans to face deportation forces. Dems want Mexicans to meet to discuss solutions -- and we want them to cater!

• Men arrested for public urination prevail if they succeed in getting trial before a jury of pee'rs.

• I wonder if the competitive artists who submit fancy patterns on toilet paper care if theirs is used or if they just don't give a crap.

• Bottom line accountants have it all wrong. Anybody who's seen a naked human understands the bottom line is vertical.

• Told daughter, 9, "I love you. I'll love you forever." Said she feels that way so sometimes. I told her she'd grounded till she learns the value of lying within family dynamic.

• Square feet can be either a standard unit of measurement or a veteran shoe salesman's bucket-list challenge.

• Because words have meanings and because words matter I vow I'll never again describe another man as an SOB until I've at least met the mom.

• Do fundamentalist climate change deniers see any irony in having sons named Noah?

• Because I've never seen a fuddy nor a duddy, fuddyduddy is our most redundant pejorative. It is the triple-dog-dare-ya of put downs.

• I believe wife would be more open to romance if I didn't insist she dump a big bucket of Gatorade over my head after every successful boink.

• America’s endured so much historic trouble from Iran and Iraq, I'm just relieved I don't look at the map and see an Irab, Irat, Iraz, etc.

• Our most aggravating frustrations stem from times when we demand perfection from those incapable of providing it.

• I sometimes believe a day will come when I feel like a futurist, but I predict the feeling will pass.

• As I intend to break bread with family tomorrow, can anyone tell me if broken bread is offensive to the food ethicists?

• Attending church scares me. I'm fearful I'll need to bury my inner smart ass so deeply it will suffocate and life will become meaningless.

• Reader’s Digest makes me sick. Of course, I probably shouldn't try and eat it but why would the title instruct otherwise?