I'm (not) dreaming of a tan Christmas 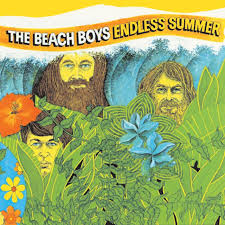 Unless we’re in for a sudden cold snap, it looks like for the first time in 10 years I won’t have a beard by at least New Year’s Day.
Shaving is a nuisance for me so it’s rare I do it more than once every three days.
Except in a typical winter. Then I don’t shave at all.
I remember a lordly economics professor of mine back in Athens who used to boast of his habit of every winter growing his beard on a secular holiday (Halloween) and shaving it on a sacred one (Easter).
His grooming schedule is all I remember about him or his stupid class.
I liked the idea behind it, but as I grew older I found the logic flawed.
Beard-growing should have nothing to do with holidays. For it to make any sense, the reason ought to be meteorological.
That’s why about a decade ago I decided I’d begin growing my beard as soon as I saw a five-day forecast predicting three-consecutive highs below 30 degrees.
A scruffy beard really does fend off winter’s bitter bite.
Then I’d shave it whenever I’d see three consecutive days where the five day predicted three consecutive days above 50.
It makes perfect sense and the custom is celebrated by friends who say my face now portends spring with greater accuracy than Groundhog Phil.
I like it because growing facial hair is cheaper than buying one of those constrictive face masks or scarves.
In fact, if I could I’d each winter grow a thick thatch of full body hair that would eliminate the need for putting on clothes, something else I consider a nuisance.
Will adhering to my custom mean I’ve grown my last beard?
Christmas Eve temperatures nearing the 70s means the only place in America sure to enjoy a truly white Christmas will be the Trump for President rallies.
I wonder if the climate change deniers think the Beach Boys are dupes for having released a ’74 compilation called, “Endless Summer.”
Global warming projections mean the world is likely to endure drought, famine, coastal flooding and other man-made tragedies once written off as “acts of God.”
I’m bumming because it means for our children the end of white Christmas.
Our 9-year-old is asking Santa — she still believes, I think, because she wisely sees no tangible benefits in skepticism — for American Girl doll paraphernalia, a Kindle, games and all the usual crap.
But she’s truly dreaming of a white Christmas. She wants blizzards, closed schools,   treacherous roads, giant snowmen and accumulations clear past her old man’s ass.
In short, she wants everything I dread.
But, oh, if I could only give it to her while she’s still so devastatingly precious.
I revel living a region that traditionally has four distinct seasons. There is something about each to celebrate — and it’s all right there in my back yard.
We live in the woods and there’s a rushing stream that tumbles through our back yard boulders through 50 raucous feet of elevation changes.
It’s magnificent.
There’s one Volkswagen-sized boulder you can only access in spring by hopping over the rapids.
It’s my sanctuary.
I lay there flat on my back and gaze through the swaying tree branches straight up at the sky and think about how I’m maybe the luckiest man in the world.
You may not know it from all the colossal bitching I do here on this blog, but that’s exactly how I feel.
None of the girls has ever busted me being so luxuriously indolent about squandering my time. I’m sure seeing their Dad laying there sprawled out like bear bait would seem weird to them.
It’s not.
It’s soulful.
Now, me laying there wearing a Speedo, that would be weird.
And I have a ready explanation for what I’m doing.
I’m saving the planet.
I intend to tell any interrogators I spend about 15 minutes each day scanning the skies for catastrophic meteors or hostile invaders from distant galaxies.
Just last week I was actually looking for something I fear may soon be even more remote.
I was looking for snowflakes.
It was December 19 and the thermometer read 71 degrees.
I hope someone somewhere with more brains and drive than I is doing something to save the planet and reverse what is looking to me like an endless summer.
Either that or I fear we’re all bound to be beach boys.

Related . . .
I shave my beard; Lucy, 8, generously lops her locks
How my facial hair determines winter is over
Bad men wear beards
SCOPEtics & the sunny side of global warming
I want a climate change solution and I want it right now!
Roll Tide: The last winter day