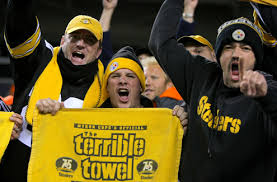 I drink too much, lust too often, donate too little and am prone to bouts of slothfulness so prolonged they can now be measured in decades.
As beings go, I’m perfectly human.
So my soul getting into any decent afterlife is going to take a lot of spiritual assistance.
That’s why I’m trying to attend church more often.
I enjoy church, particularly during the holiday season.
My wife’s our Lutheran church organist and hearing her play alone makes attending worthwhile. She's that good.
Plus, I like to think after all these years of steadfast adherence to the hymnal she’s bound to go rogue and play “Brown Sugar” and I wouldn’t want to miss it.
It is reported only 25 percent of us attend church even once a month.
While I've seen no corresponding surge in attendance at our nation’s brothels, the numbers sadden me.
I know so many people who’d benefit from the faith, hope and love regular church attendance bestows.
So how do we get people excited about going to church?
Is there a successful Sunday example churches could emulate that would lead to better attendance?
Of course there is.
Churches should steal pages from the playbook of the only American religion bigger than Christianity.
Yes, it’s time Sunday worship become more like an NFL game.
It all starts with a decent tailgate.
Our services starts at 8 a.m.
So that means I go in 40 jiffy minutes from dreaming about sex with a harem to fretting about the eternal salvation of my miserable soul.
I need a buffer
Hell, I need a beer!
That’s what a pre-worship tailgate would do. It would get the congregation all psyched up for the service.
My wife would be instrumental in setting the tone. Instead of the Call to Worship, she could play “We Will Rock You,” which could be reprised during any Old Testament sermons involving stoning the heretics.
Our pastor always walks up the aisle with due humility. It is appropriate, but does nothing to fire up the crowd.
What does?
I’m thinking the one perfected by the flamboyant Ray Lewis.
He’s the retired Baltimore Raven who in 2000 was a suspect in an Atlanta murder. Since his retirement, he continues to be a face for the NFL, making it clear that while he meek shall inherit the earth, NFL superstars who’ve dodged murder convictions shall inherit high-profile ESPN commentator positions.
A good church choir adds so much to a service, but choir robes do not and if the NFL teaches us anything, it’s that nothing says manly competition like a little T&A.
So the choir robes would have to go. In fact, so would actual choirs.
They’ll be replaced by cheerleaders.
Church needs pee breaks.
Your typical NFL game is chock full of them. I propose after every four minutes of worship, the pastor can step aside for about two minutes of truck or erectile dysfunction commercials so fans can go hit the head.
Even though a typical service only lasts 60 minutes, it still could benefit from a brief halftime. The preacher could go inside, study film and game plan the second half while a marching band entertains the congregation with patriotic standards.
NFL Church would no longer need offertories, either. They could be replaced by vendors going up and down the aisles charging exorbitant prices for refreshments and souvenirs.
The NFL makes a lot of money with throw-back uniforms. Churches could do the same. They could set up an over-priced gift shop in the narthex selling robes and sandals. And fans could buy big foam “JESUS No. 1!” fingers to wave around when the sermon really starts hitting its stride.
These suggestions would add an element of playful spontaneity to the proceedings, as would having a big cooler of Gatorade by the altar for fired up congregants to dump on the preacher’s head after particularly satisfying services.
Of course, church traditionalists will throw a penalty flag on these ideas. They’ll say they’re too radical, blasphemous even.
Maybe a more incremental approach would be better.
So let’s start by ditching the wafers and “wine” and replacing them with beer and nachos.
Can I get an amen?