December tweets of the month 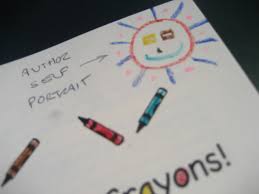 Maybe it’s just me, but I think all the really good ones are down toward the bottom. FYI, too, I list these in reverse order so the ones from early December are up top and vice versa. Please follow me @8days2amish or don’t. I’m always sure priority blog readers don’t miss anything good.

• I’ve yet to see a white supremacist who makes me, a fellow white, feel the least bit superior.

• What’s 1st thing old friends think about when they think about you? With me, it's I'm descended from Swedish aristocracy & have 4 nipples with only one above the waist.

• Why is it the typical glass cases I've used throughout my adult life snap shut with the lethal force of mouse traps?

• A friend told me this and I didn't believe it. Called him a liar. But, by God, he's right. Rick Santorum IS still running for president.

• Because stationery refers to letters and stationary means motionless, let's spell the latter STAYtionary. I'd call it a movement, but that’s too contradictory.

• A pessimist dwells on the fact that Smallpox killed 15 million. An optimist says at least it wasn't Bigpox.

• How different would rock and comedy histories be if instead of John, Yoko had fallen for Moe?

• Anytime I hear anyone saying "cooler heads will prevail," I keep hoping one of the cooler heads is Olaf, the snowman from “Frozen.”

• I believe in the future childbirth will be done using the “Star Trek” technology to "beam" babies from wombs straight to mama's arms.

• Phone etiquette will improve & solicitors more politely circumspect when an app is developed that let's us shock callers.

• I wonder if it ever bothered Jesus his birthday was the same day as Christmas.

• If we can make a Twinkie whose taste will endure through a nuclear winter how come we can’t make a vegetable that tastes like a Twinkie?

• Glad it's nearly over. Seasonal tensions? Not at all. I'm exhausted from my relentless war on Christmas! Happy Holidays!

• Christmas morning convinces me of the need for a used storage container shop. You could call it "Has Bins!”

• I’m a writer. My wife is an editor. When I thanked her for turning my comma into an exclamation point she corrected me.

December ’13 tweets of the month

December ’14 tweets of the month
Posted by Chris Rodell at 10:22 AM