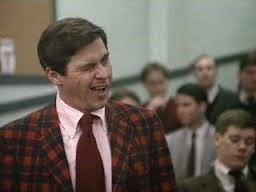 I thought I’d said all I needed to say about DeflateGate in January when I proposed the NFL change the name of the New England Patriots to the Boston Corbetts.

Civil War buffs will recall Boston Corbett is the name of America’s most famous eunuch.

He’s a fascinating character. Prior to the Civil War, Corbett, a devout Christian, used a pair of rusty shears to sever his own testicles. He undertook this rash act because he was repelled by an all-consuming lust for Boston prostitutes and blamed it all on his balls.

And that’s as good a place as any to return us to the topic at hand.

Sure, calling a ream the Corbetts would confuse generations of casual football fans, but no worse than those who wonder why even caucasian players from Cleveland are called Browns.

It’s interesting that Brady’s misdeeds are causing far more outrage than what one of his headline-making teammates recently got busted for doing.

I guess it says something about the character of your typical American sports fan that most people care more about Brady artificially deflating footballs than Aaron Hernandez ballistically deflating fellow human beings.

Anyhoo, here’s how I feel about the punishments:

They make me happy. They warm my soul. I think it’s because I can empathize with every single human emotion except arrogance and hypocrisy.

Brady and the Patriots are guilty of both.

I despise the Baltimore Ravens, but I respect them (with the obvious exception of their murderer and his buddy, the wife-beater) because I never suspect the Ravens of resorting to any smarty-pants rules infractions to get an edge.

It’s always been that way with the Patriots.

Understand, Tom Brady should be beloved the way Peyton Manning is. Both are tremendous quarterbacks. But Brady whines when he’s hit. He screams at his receivers when they drop one of his passes. He acts entitled.

He lost me forever in an episode few even recall, but one that seared me with Brady hatred.

It was the 2008 Super Bowl between the Patriots and the underdog New York Giants.

The Patriots were such heavy favorites that there was much ridicule when Giant Plaxico Burress predicted the Giants would win 17-14, people howled, none more loudly than the smirking Brady.

“He thinks we’re only going to score 14 points?” Brady asked. When the prediction was confirmed, Brady descended into the squealing kind of laughter I hear from my 8-year-old daughter when Spencer does something funny on an “iCarly” rerun.

Brady slapped his hand away and shouted a profanity at him. It was very unsportsmanlike.

So I was thrilled when Eli led the Giants to a huge upset victory by the score of 17 to, uh, 14.

Of course, DeflateGate would have been a non-starter had Brady resorted to questions with what I call the “Otter Defense,” which works in any situation where a guy gets busted doing something guys like to do.

Eric “Otter” Stratton and the rest of the “Animal House” Deltas were summoned before a Faber College disciplinary board to respond to accusations that certain immoralities involving female guests occurred at their toga party.

“Ladies and gentleman,” he says, “the issue here is not whether we broke a few rules or took a few liberties with our female guests. We did.”

And with this frank admission, he looks directly at Dean Wormer and gives him a lascivious wink. It’s funny because viewers know Stratton’d spent the previous evening boinking Mrs. Wormer.

I don’t mind my miscreants if they show even a little contrition, some humility.

Brady is incapable of either.

It’s why I’ll forgive Mark McGuire, but not Lance Armstrong or Barry Bonds.

It’s why I was happy actor Oscar-nominated actor Don Cheadle didn’t win the Academy Award for his role in the 2004 movie, “Hotel Rwanda.”

It’s something Brady should think about.