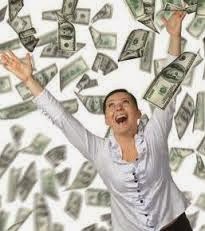 Yesterday was a day of many highs that would have all one way or the other been eclipsed had I stopped in the middle of Interstate 79 to see if the abandoned pit bull needed help.

I was the luncheon speaker at the Ohio County Public Library in Wheeling, West Virginia. They have the best author/speaker program in the tri-state area and I was delighted to have been invited. They pay a stipend, mileage and promise a lively crowd of about 60 book lovers.

How many books do I take to a talk with 60 people? They advise authors the average is 10 percent of attendees will result in sales, but I’m an optimist and always expect at least 25 percent of the audience to buy.

“That’s the new record,” the organizer told me afterwards. “All I’m hearing is raves. They loved you.”

And I loved them!

My last two talks — one to 8th graders, one to Pennsylvania travel industry execs — were off topic for me. This was my reliably entertaining talk based purely on “Use All The Crayons!”

Message, in short: “Try and do something each everyday that’ll ensure parking at your funeral is going to be a real bitch.”

It went over really well. People lined up afterwards to buy books, shake my hand, take my picture and tell me how much what I had to say meant to them.

Walking out with a great big bag of cash.

I’ve done many more lucrative talks where I’m paid with a tidy check.

But it’s such adolescent rush to fill my little bag up with all that cabbage just for telling my stories.

It feels like you just pulled off a bank heist.

I was in such a jubilant mood, it didn’t even bother me to see the traffic backed up on I-79 near Washington, Pa. I was detouring to pick up my Mom to bring her back for Josie’s choral concert that evening.

I thought maybe there’d been a fender bender.

There was a pit bull. Tiger-striped and robust, it didn’t appear to be injured.

My instinct when seeing an endangered animal is heroism. I feel like I should pull over, secure the animal and wait with it until the proper authorities arrive.

Or maybe a news crew. Imagine what it would do for book sales if they broadcast a story about the self-help author who saved an abandoned pit bull in hazardous circumstances.

Or if the pit bull tore me to shreds right there in the median.

Pit bull owners are fierce in defending the breed as cuddly, loyal and playful. And I’m sure many of them are.

But there are plenty of stories of pit bulls causing devastating mayhem or eating a neighbor's horse.

That happened in 2006 when two pit bulls owned by Pittsburgh Steeler linebacker Joey Porter escaped their enclosure and ate a horse. A horse!

It’s true. It was a horrific story. Decent people were sickened.

Me, I wrote a letter to Steeler team announcers suggesting anytime Porter sacked a quarterback they should exult, “And he was all over him like pit bulls on ponies!”

So yesterday was a very odd scene and I think other animal lovers were equally circumspect. A loose pit bull on the interstate median is something you just don’t see every day.

I wondered if it had been planted there by ISIL. A canine terrorist would be a diabolical new wrinkle.

So I did nothing. I went and picked up my mother, whose dementia progresses unabated.

I love her, but dealing with a failing parent can be exasperating.

She wasn’t in the car 10 minutes when I impulsively thought about returning to the abandoned dog, pulling over and saying, “See that dog, Mom? His name is Sparky. Go grab him by the collar while I park the car.”

No matter what would have happened, the content of today’s blog would be vastly different.

I’ll share one story from our hour-long conversation, which ranged from joyful to bewildering.

I like to ask Mom what she thinks about heaven.

I asked if she was sure she’d be going to heaven and not the other place.

I didn’t tell her that 10 minutes ago I’d considered slathering her in steak sauce and shoving her out the car door to meet Sparky the pit bull.

“Well, I don’t care where it is, I know I’ll be happy as long as you and I are together.”

I told her I guess that meant I was going to Hell.

She roared with laughter. As lost as she can be about life’s minutia, she still gets a good joke.

So it was a very happy day for me, capped off by Josie’s star turn in the concert. I was very proud.

And after what happened at the library, my path has never been more illuminated.

To have so many people react with so much euphoria over my talks is both exhilarating and humbling.

It makes it crystal clear what I need to do next.