Brushes with celebs & why I'm #TooCoolToSelfie 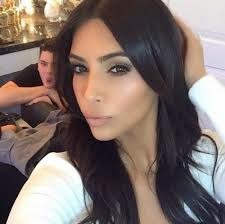 I texted five of my NYC buddies with news I was sure would make them envious. I was drinking at Nadine’s on Pittsburgh’s South Side with Earl.

Earl is gruff. Earl is jolly.

So to have him greet me as warmly as he did really made my day. I hadn’t stopped in for about six months, the last time to give him a copy of my book. I had a funny feeling he’d like it.

He did. A lot. He couldn’t have been more effusive.

“I keep passing it around between me and four of my buddies,” he said. “It’s hilarious. My one buddy says next time we’re in Ligonier we’re going to have to get together and spend an afternoon drinking with you.”

I told him that would be quite a feat because I live in Latrobe and five different Latrobe bars would have to burn to the ground before I felt like driving to Ligonier for a good brain soaking.

But he made a big deal of me in front of the whole bar. It felt great.

It was the kind of thing most people today would have commemorated with a viral selfie blast to the social media world.

Not me. And certainly not Earl.

Guys like us wouldn’t dream of ruining a perfectly good human moment with technological distractions.

I thought about it on the drive home and realized just how much I could raise my profile if I wasn’t #TooCoolToSelfie.

Just think of the hits I’d have gotten had I selfied my way through what was by all standards an amazing day to be me.

It started at the election booth at Baggaley Elementary school. Our voluptuous county commissioner candidate Gina Cerilli was there. She said, “Aren’t you the guy who wrote that great blog post about me?”

I told her I was.

“Well, it’s because of that post I’m sure I’ll finish today with the most votes of any Democratic candidate.”

In fact, she did.

She asked if she could give me a hug, but would I mind if she took a quick moment to change into the swimsuit she wore when as Miss Pennsylvania she finished in the top 10 of the Miss USA contest?

“If that makes you more comfortable, go right ahead,” I said agreeably.

In a moment, she emerged in her swimsuit. Traffic along State Route 982 screeched to a halt. She gave me a big hug.

And, guys, in case you’ve ever wondered, she is very soft.

“Don’t you want a picture?” she asked.

I told her, no, the memory would suffice. I was #TooCoolToSelfie.

I told Arnold Palmer about it. It’s not something I brag about, but a few years ago Palmer asked me to stop by the office every morning to discuss the daily news with him. He said it helps him sort out his thoughts.

As one of the most photographed people on the planet, he has a unique insight into the selfie world.

I told him him he was hopelessly old-fashioned. I rose to leave and he asked, as he always does, if he could snap a picture of the two of us talking to post on www.ArnoldPalmer.com.

I told him, as I always do, sorry Arnold.

On the way to Pittsburgh, I saved an old widow’s cat from a 100-foot oak; I foiled a bank robbery and helped deliver triplets in the parking lot of the Murrysville Burger King.

What can I say? I kept hitting all the red lights so I had the time.

Do I have any proof of these heroics?
None.

It’s always been a dream of mine to meet The Rolling Stones.

What surprised me was meeting me has always been a dream of theirs!

The boys were in town for a site check for their June 23rd Heinz Field concert. How’d they know I was going to be in the city the same day?

So the summer season is already off to a roaring start and it’s not even Memorial Day.

It promises to be an exciting few months. Will and Kate have booked me to babysit while they’re in the Caribbean, there’s golf with Jeter, dance lessons with Elin, and ping pong with the pope.

Not Pope Francis. The retired one. Pope whats-his-name.

Pope Francis and I had a falling out last year when I told him his interpretations of The Book of of Revelations were too literal.

Hey, if The Pope doesn’t want to hear my opinions on Biblical prophesy then The Pope shouldn’t ask.

I’ll try and keep you all informed. I know people are into all that celebrity stuff, but I prefer writing about things like the yearly lawn mowing contest between Paul and myself, if the ability to play a harp helps get you into heaven and, of course, stink bugs.

That’s what’s important to me.

Will getting a harp help me get into heaven?