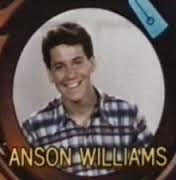 Did you know Henry Heimlich turns 95 in February? His Heimlich maneuver just turned 40. This December story began surging this week. I re-read it and it has lots of fun facts about something that’s save countless lives. Hope you enjoy it and have a splendid Sunday.

(788 words)
I wonder if the developer of the live-saving breakthrough ever used what we now know as the Heimlich Maneuver as a pick-up line in the popular discos of the era.