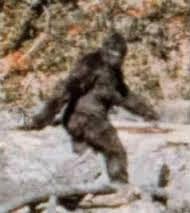 (725 words)
I was treated to an honors tutorial in guerrilla book selling Sunday at Fort Ligonier Days.

Or was it gorilla book selling? I guess it all depends on your etymological sense of the supernatural Bigfoot.

See, bureaucratic considerations nearly caused me to tantrum bolt from the Sunday book signing. A Ligonier constabulary said the table my host at Second Chapter Books had positioned was improperly placed, even as it where it had been the previous two days and several years before that.

Moving it would have required moving me to a distant position with inferior visibility.

The unnecessary inconvenience is representative of just why the Fort Ligonier Days festival would be much more fun it were held in someplace far less uptight than Ligonier. Someplace like, say, Delmont, about 20 miles northwest of Fort Ligonier.

Happily, a sensible in-house solution was found. Two of the best and most successful self-published authors in western Pennsylvania, if not America, cordially agreed to let me share their table.

In a matter of moments I’d gone from Siberia to Broadway. I spent the day sitting at a long book signing table between Jim O’Brien and Stan Gordon.

Jim’s the author of 25 books on 22 Pittsburgh sports legends. About 25 years ago he set out to become de facto historian of the Pittsburgh Steelers. He’s in a way become like the sports heroes he chronicles, a Pittsburgh legend.

I know this because I heard about a dozen adoring fans come up to him yesterday and say, “Man, you are a Pittsburgh legend.” He is beloved.

My appreciation for his business acumen has skyrocketed since I began selling my own book. He makes eye contact with every passerby. He is courteous. He asks for everyone’s name and he remembers them all.

Stan Gordon on the other end of the table does all those things, too.

But instead of talking about topics involving Noll, Bradshaw and Lambert, Gordon’s expertise involves subjects named Roswell, Sasquatch and E.T.

Gordon is the foremost authority on all things supernatural.

So out of my left ear I’m hearing Jimmy O’Brien saying Chuck Noll was a cerebral teacher with an appreciation for fine wine, while out of my right ear I’m hearing Stan saying he’s found what may have been Bigfoot poop near a creek just south of Kregar.

He’s traveled the globe investigating UFO sitings and Bigfoot appearances and lecturing to open-minded throngs. Reporters call Stan to ask if UFO sitings can be confused for weather phenomenon, if crop circles might be a result of fungus and if Bigfoot could be an inter-dimensional being.

I was curious as to how an observer could tell the difference between a male and a female Sasquatch. “It’s very difficult,” he said. “Sitings of them are very fleeting and they are covered in hair.”

That’s life. Go to a book signing hoping to sell books about crayons and you learn that Sasquatch genitalia could use a little manscaping.

You may not believe any of his expertise, but millions of people do and the majority of them are not at all nuts. They are just normal people who’ve seen or experienced something that can’t be explained.

Of course, I was more interested in the nuts.

I asked him what he did whenever he met someone who was truly loony.

“I listen to their experience, relate it to something I’ve heard of and then I try and sell them a book.”

Nothing nuts about that.

It’s hard to tell who, O’Brien or Gordon, had the more enthusiastic following.

Of course, their crowds swamped mine and probably cost me sales, but what I learned from observing these pros will benefit me for years.

And they were just great guys. Smart retailers would be wise to hire either to teach their sales forces how to get shoppers to buy their products.

And they were honest.

I heard Stan lie every time a potential customer asked if he’d ever actually seen a Bigfoot himself.

“I have not,” he’d say. “I’ve seen plenty of evidence of them, but I’ve never actually seen one. I hope one day I do.”

He sees one each and every time he walks through the front door.

He told me earlier he has a lhasa apso. It is named Yeti.

My most humiliating book signing ever