My advice to tomorrow's critics 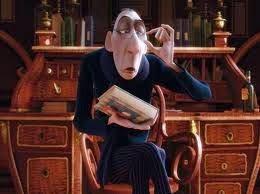 (685 words)
I’ve been asked to share my advice with Ohio University journalism students about how to be a good critic. It is in essence this:

Try not to be too critical.

That’ll be the thrust of my talk next Thursday when I appear via Skype in a place I’d hoped to appear in person.

Alas, my cheapskate alma mater is apparently too stingy to spring for room and mileage.

The problem with most critics is they are warped by their titles.

Call anyone a critic and they feel duty-bound to be negative, snarky — critical. Thus, calling someone a critic is handing them a license to be lazy.

“I said the new Adam Sandler movie sucks, ergo, I did my job.”

Sure, that’s critical and likely factual, but no good critic should be satisfied presenting criticism that’s conceived with even less passion than the latest sucky Sandler film.

Better is this: “Anyone who says puns are the lowest form of humor has yet to see the latest Adam Sandler film.” I

It’s a line I use anytime an sassy insolent criticizes one of my lazy puns.

When I think of good critics, I think of words that involve light and vision. They’re insightful, enlightening, illuminating. They take something I’ve yet to see or understand and bestow it with clarity.

That’s what Roger Ebert did.
It’s said no one’s ever built a statue in honor of a critic and if that’s true it’s only because Ebert’s been dead just 18 months

He had a way of criticizing films that somehow wound up exalting humanity.

His criticisms were never cruel or lazy. Here is some of his review of one of my favorite movies, “Airplane!” from 1980:

The delightfully deft lines simultaneously acknowledge and revel in what less gifted critics will cite as weakness.

“Movie comedies these days are so hung up on being contemporary, radical, outspoken and cynically satirical they sometimes forget to be funny.”

I include those last lines because they could easily be paraphrased to describe what’s wrong with so much of today’s criticism.

Too many critics relish writing about mere mediocrity with the dark rhetoric that should be reserved for evils like prejudice, ISIL and Roger Goodell.

Too many critics aspire to be Anton Ego. That's him up top.

He was the malevolent Parisian food critic from “Ratatouille,” the splendid 2007 Pixar movie. Once-splendid dining institutions would close the day after publication of his venomous reviews.

It’s a wonderful movie because in the end he has a change of heart and begins to appreciate that magnificence need not be pretentious.

The snob's transformation is so complete the movie concludes with shots of him enjoying humble fare in simple surroundings with the full knowledge his meal was prepared in a kitchen full of toque-wearing rodents.

Interested in reading a talented food critic who can criticize without cruelty? Check out Melissa McCart in the Pittsburgh Post-Gazette. She writes with a tender understanding that the subjects of her reviews are people who pour their hearts and souls into everything they do.

Like any good critic, she praises where worthy and encourages improvement without the soul-souring bitterness so evident in less skilled writers.

So that’s my advice to tomorrow’s critics.

Never forget you’re dealing with people, the good kind, the dreamers and creators who for the most part are eager to make the world a more beautiful place.

Do less than this and you’ll wind up in hell with the six percent of Rotten Tomato film critics who inexplicably said “It’s a Wonderful Life” sucks. They are there right now, condemned to spend eternity crammed in the same crowded room with the broken TV that plays nothing but “Friends” reruns.

I don’t mean to be critical.

All we are saying is give puns a chance

The Boss for God: a Springsteen concert review
Posted by Chris Rodell at 11:32 AM