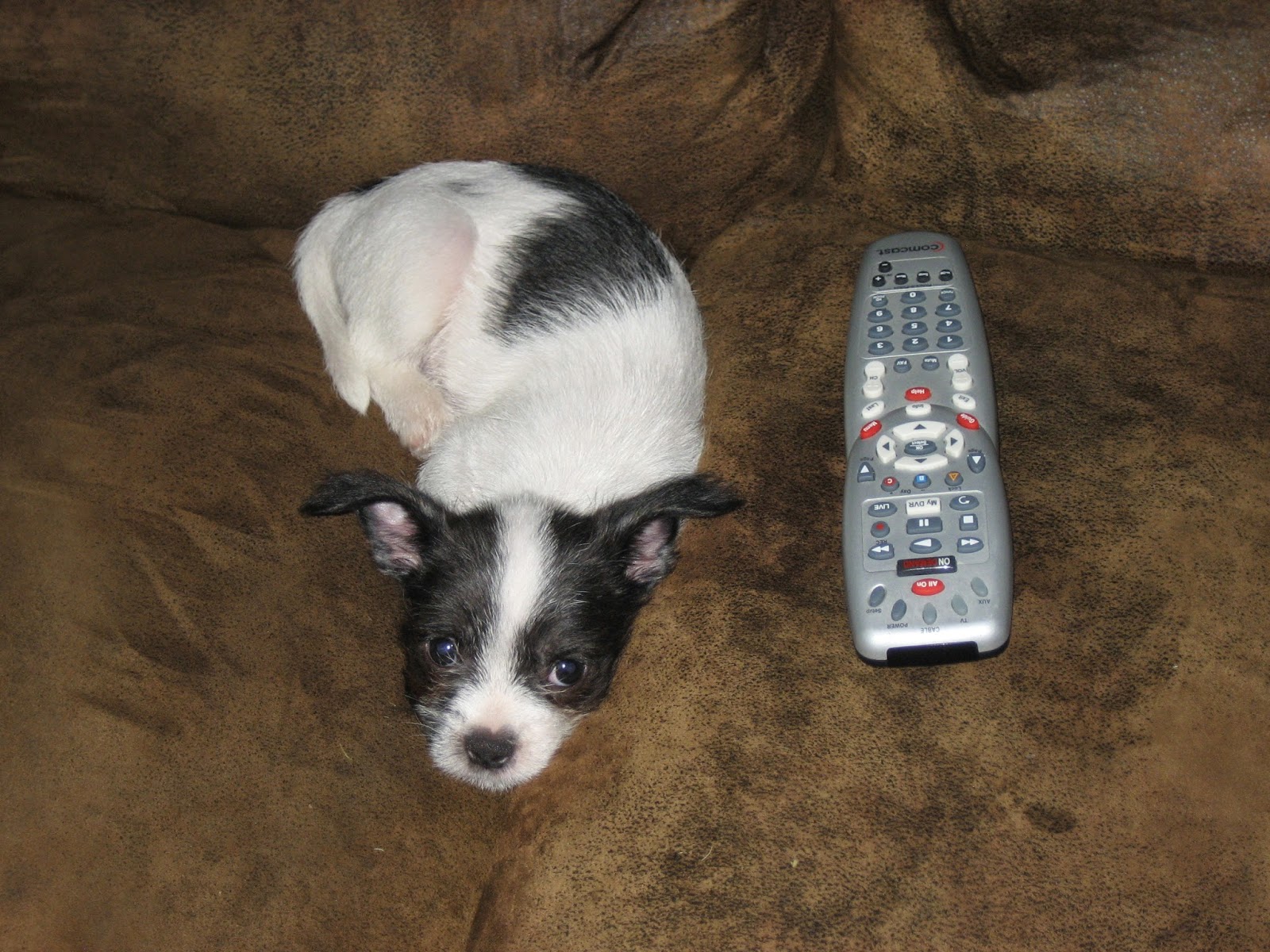 (764 words)
There’s a persistent belief among my friends and family that I hate my dog.

I believe this misconception stems from an Oct. ’10 post I wrote titled, “I hate my dog.”

But Saturday night marked a turning point in the tumultuous relationship I’ve had with the 9-pound rescue dog our daughters named Snickers.

Saturday night I said urgent prays that Snickers wasn’t dead. I prayed that my conservative friend Joe hadn’t killed him.

A competent conservative is a formidable force.

The problem is the conservative movement is freighted with too many men like Joe, uninformed old white guys who think Sarah Palin has all the answers and are so incompetent that when you leave him in charge of a 9-pound dog he almost kills both the dog and himself.

But Joe’s always splendid company on a golf course or in a tavern so we’re together all the time.

It was near 10 p.m. Me and the family were snuggled in our beds in a comfy Kent, Ohio, hotel. We’d just spent the day with an old Ohio University buddy of mine whose family’s owned a popular apple orchard since 1870. It was a glorious fall day.

One of the best parts for me was I didn’t think about Snickers once until Joe, who was watching him for the first time, called and matter-of-factly said Snickers was gone.

That’s just how he said it: “Well, he’s gone. I took him outside and he just took off.”

It was the worst phone call I’ve received since Mom called to tell me Dad had died.

He said Snickers was on his leash and dashed off when Joe’d stumbled on the stairs.

What was troubling was he seemed to infer he’d done all he could. He’d yelled once or twice for him to return and when he didn’t he went back inside to resume watching “Big Bang Theory” reruns.

It was like we’d left Snickers with Dick Cheney.

I turned to my daughters and said, “Snickers ran away from Joe.”

It was the first time in my life I’ve ever had to deliver news to my daughters that I knew would instantly break their hearts. The room filled with their sobs.

Me, I said a prayer and began preparing for the unavoidable. We had to head home. We gathered up our stuff like the hotel fire alarm had just sounded and started for the parking lot. Fully dressed and now all wide awake, we were just about out the door when my phone rang.

“He’s back. Some neighbors found him and brought him back. He’s fine.”

Joe was very brusque. Either he’d hurt himself in the fall or the “Big Bang Theory” rerun must have been particularly compelling.

I spent much of the sleepless night thinking about my rocky relationship with Snickers.

I’ve described him previously as high-strung and nervous, the Andy Dick of dogs, the kind of dog more likely to ignite blazing fires than cuddle up beside them.

But I felt surprising pangs of honest dismay when I thought of the nervous little yip dog roaming the streets all frightened and confused.

What I hate is disturbance.

It disturbs me when an otherwise peaceful Sunday afternoon is spoiled when Snickers barks every time a leaf outside falls from a tree and lands on our lawn. It disturbs me when he scratches at the door every 90 minutes when his thimble-sized bladder fills and needs release.

And it disturbs me when I’m lying on my back dozing in the bed and Snickers runs clear from clear the other end of the house and leaps right onto my testicles like someone had painted a bullseye on the bedsheets.

This is contrary to his previous theory which was that I’m a crybaby liberal who is too candy-assed to control a whiny little dog.

I don’t know who appeared more relieved there on Joe’s porch, our daughters at being reunited with Snickers or Joe at being rid of him.

I’ve spent four years with him and thoughts of de-stressing are never far from my mind.

Maybe that’s why, despite our philosophical disagreements, Joe and I enjoy each other’s company.

We both understand the need at times to overcome life’s disturbing little Snickers.

I think you owe poor old Joe a fine cigar and a nice bourbon.he is obviously frazzled by the experience!!!