Isn't it time we resurrected another Carpenter? 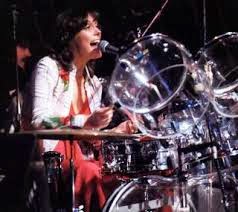 (819 words)
Me and my buddies enjoyed a spectacular post-Steeler game carouse Sunday with a young Australian couple. We met on a hotel shuttle and they wound up joining us for dinner at Fat Heads on Carson Street.

They were taking the kind of tour of America even most travel-seasoned Americans envy. San Francisco, Yosemite, Texas, Graceland, Washington, NYC — and Pittsburgh!

He was a carpenter and she was one of the most beautiful women I’ve ever seen.

Each was cheerful, engaging and prone to both laughter and inebriation.

We were all destined to be friends.

My buddies asked a lot of questions about their Aussie homeland, their impressions of America and what other destinations remain on their bucket lists.

I asked the carpenter his thoughts on the identity of history’s greatest carpenter.

That’s probably the safe answer the Australian state department recommends for anyone traveling to a country that’s just lousy with so many Christian conservatives.

In fact, Jesus was probably a pathetic carpenter.

First of all, if His carpentry was at all competent some of his stuff would have endured. Really, if in the year 1 A.D., you had a swing set that had been built by the crucified Savior, wouldn’t it be something you’d have cherished and preserved? Even one of the Roman pagans would have said, “You know, I may not have agreed with all that ‘love-thy-neighbor’ crap, but I think I’ll hang onto this lunch box He made. Might be worth something one day.”

Why, Pat Robertson would pay a fortune for a lunch box built by Jesus.

Second, who’d hire a hourly wage carpenter as chatty as Jesus must have been?

He’d be standing there saying all His preachy Jesusisms like “The meek shall inherit the Earth,” and, uh, “Live long and prosper!” when all you want Him to do is shut up and stabilize the shelves.

Really, He probably should have been a bartender.

“Well,” the Aussie asked, “who’s a better carpenter than Jesus?”

My answer floored him.

Karen was the better Carpenter.

If there’s ever been a wave of Karen Carpenter nostalgia, I must’ve missed it. I worry that she’s being forgotten.

I spend a lot of car time listening to WCNS-AM, the local Latrobe radio. They play a pleasing variety of oldies in the morning whenever I’m seeking a clear mind for what Moe Howard always called “real thinkin’.”

The station’s motto, “It’s Yesterday Once More,” is a nod to The Carpenters and a voice that never fails to move me.

Recall for a moment these hits: “Only Yesterday,” “We’ve Only Just Begun,” “Close To You,” “Superstar,” “Rainy Days and Mondays,” “Top of the World,” “Hurting Each Other,” and “Won’t Last a Day Without You.”

Each is a wonderfully crafted pop song, all of them anchored by Karen’s angelic contralto.

Did you know she always considered herself more of a drummer than a singer, and that she in 1975 was voted by Playboy readers as rock’s top drummer? Whether the results were a goof or not, I do not know, but I do know the man who came in second, John Bonham of Led Zeppelin, took them seriously enough to ungraciously say her drumming sucked and she “couldn’t last 10 minutes with a Zeppelin song.”

He must have been a humorless jerk.

It would have been funny if Oscar the Grouch would have challenged him to drum on “Sing” with him and the rest of the Sesame Street gang out front.

Her suitors included Steve Martin, Tony Danza, and Mark Harmon, a classy group of relevant gents and testaments to her charming appeal.

Her urgent desire to have children may have played a role in her hasty decision to in 1981 marry a real estate developer named Thomas James Burris. The marriage ended about a year later after he revealed he’d concealed the fact he’d undergone a vasectomy prior to the courtship.

Today, her brother and bandmate Richard Carpenter is an avid arts supporter and in 2004 donated $3 million in Karen’s memory to a local arts foundation.

So that’s my story of why I think Karen was the better Carpenter.

It’s such a shame she died so young and tragically. I wish we could bring her back, but I know we can’t.

I guess the best we can hope for is that someone one day will give her outstanding music a proper resurrection.

Daughter, 7, says God is dead: Is Elton John to blame