Honk if you're for increased airline safety! 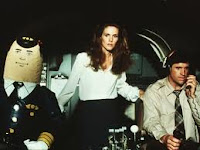 It’s been nearly seven days since the crash of the Navy F/A 18-D Hornet into a 40-unit Virginia Beach apartment building and I still have a lot of questions.

Every plane on the planet has multiple safety overlaps intended to help ensure the gargantuan machines defy gravity.

But I doubt any of the flight manuals include instructions for a pilot to yell a courtesy, “Head’s up!” when those systems catastrophically fail.

Regular readers know my office is above my favorite tavern. And, sidebar, the happenstance always reminds me of an old country song, “If I Had My Life to Live Over, I’d Live Over a Tavern.”

But what if those stars one day turn unlucky?

See, me and the bar are both directly in the landing path for the Arnold Palmer Regional Airport about two miles away. It’s a great little airport. It serves Spirit flights clear from Ft. Lauderdale and is a real boon to the community. We’re all excited about the Blue Angels appearing here June 23-24.

Many days I look out my window and marvel at the majesty of the big jets zooming by.

I wonder about the people inside. Did they enjoy their vacations? Were their business trips fruitful? Are they happy to be heading home?

And I think about the pilot. Is he sober? Does he feel like showing off? Is he about to go crazy like that JetBlue guy did a couple week’s ago? (favorite headline: “This Is Your Captain Freaking!”)

I think, too, about the great hand of fate and how about 30 times a day it could impetuously send a plane crashing into my happy little life and I’d never have the faintest clue of my pending doom.

Worse, it might happen when I was actually up here attempting to work. That means I’d die a fraction of a second before my buddies, not near enough time for them to hold a decent wake, toast my memory, or even express a good bitch about all the money and drinks I died owing them.

If a plane had a horn, the pilot might be thoughtfully honking it as the plane was spiraling into oblivion. I could look out my window and have time to say a quick ass-kissy prayer taking back all the sacrilegious stuff I’d written the last few years.

And I stand behind everything I’ve ever written!

This isn’t idle speculation, either. A few years ago I read a news brief that made a great impression on me, and I say that understanding it made a more profound impression on the hapless victim.

It involved the death of a beach jogger who was struck by a little Cessna that needed to make an emergency landing and did so right on top of the jogger. That it was one of those freaky things didn’t make the guy any less dead.

I spent a lot of time thinking about that stranger. A health-minded individual, he may have felt euphoria at having the opportunity to jog along the beach at sundown. He may have been hoping to appear fit and refreshed for an exciting dinner date with a cute girl or boy.

The story lacked detail so I’ll make no prejudicial suppositions.

One thing he likely never considered was the one thing that cost him his life.

He never heard the approaching plane bearing down on him or the hollered warnings of fellow beach combers.

Instead, he probably heard Adele.

I remember thinking, if it were a flying car, a typical driver would have honked the horn, flipped the guy off and executed a routine landing, a better result than executing a routine jogger.

I never followed up, but I would have loved to have heard why the pilot didn’t just ditch in the surf. The only thing I can figure is he must have been wearing dress slacks.

But that was the exact moment when I began advocating mandatory plane horns.

That’s at least one death that could have been prevented if planes came equipped with horns.

So let the swingers have their mile-high club.