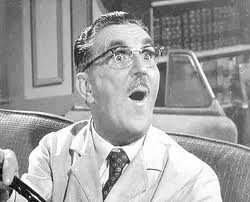 First, the ground rules: These are not one-hit wonders. On the contrary, these are songs by many of the biggest bands from the past 25 years.
They are huge. They have multi-platinum albums, sell-out crowds and groupies! Groupies! Groupies!
They’ve just never done a thing for me.
I won’t attend their shows. I don’t own their music. If I was at a party that was playing their songs exclusively I’d split for a bar with a cheap jukebox.
I’ve sat there with persuasive friends who’ve tried to cheerlead me into enjoying these bands. It never works.
I figured this would be a good way to start out a week that looks like it’ll be dominated with talk about the Super Bowl, the Steelers, and which cities should or should not be allowed to host a Super Bowl. Blog tease: New York City in 2013 is a historically bad idea.
So here you go. Feel free to call me a tasteless moron and suggest songs that’ll sway me.
With each band, I’m offering a suitable alternative.
• Moody Blues -- “Nights in White Satin” is maybe my least favorite song of all time. I used to really dislike it when I mistakenly thought it was “Knights in White Satin,” which I thought was worse than just a bad song: it was bad advice for war-bound knights. Maybe that’s why I like the song, “Your Wildest Dreams.” It’s catchy and unpretentious. Preferred alternative: Electric Light Orchestra
• One of my favorite rock stories, likely untrue, is that Mick Jagger was trying to steal a girlfriend of Steven Tyler’s and said, “Why would you want that fake Mick Jagger when you can have the real thing?” In rock terms, this enormous band is RC Cola, the Stones are Coke -- although it’s apparent from Keith Richards’s new autobiography that coke is one thing integral to both bands. I like their old stuff -- “Dream On,” “Walk This Way” -- but I liked the stuff they were doing in the late 1980s and early '90s. That would be “What It Takes,” “F.I.N.E.,” and “Janie’s Got a Gun.” And, way to go, Tyler, by accepting a judging position on “American Idol,” you’ve forever squashed whatever cool you and the band ever had. Soon they’ll be rocking the Caribbean cruise ships. Preferred alternative: Take a wild guess.
• David Bowie -- He represents a strain of androgynous British pseudo-rockers that’s never appealed to me. I like “Changes” and “Young Americans,” but my favorite Bowie song is “Modern Love,” from 1983. I like him better in half doses than all by himself. I love “Under Pressure,” the 1981 song he did with Queen and he’s oddly compelling with Bing Crosby in their compelling duet of “Little Drummer Boy.” Preferred alternative: Queen.
• Grateful Dead -- All my stoner friends were disappointed whenever I didn’t chuck my comfortable life and follow them on a smelly roadtrip that would derail what little ambition I ever had. I just don’t like jam bands. Plus, I’ve always found any band with more than one drummer to be visually jarring. Keith Moon wouldn’t have stood for it. But I do like the songs, “Hell in a Bucket” and “Touch of Grey.” Preferred alternative: The Brian Setzer Orchestra.
• The Doors -- Maybe the most overrated band in the history of music. Still, I like “Roadhouse Blues.” I can see why people like them. I just can’t see why people like them so much. Preferred Alternative: The Monkees
• Pink Floyd -- I can’t dance, but I like music that makes me wish I could. This makes me wish I were in a coma and with “Comfortably Numb,” my favorite of theirs, it seems like that’s what they were aiming for. I like “Wish You Were Here,” too, but this stuff’s not for me. Preferred alternative: “The Andy Griffith Show,” featuring White Floyd, i.e. Floyd the barber.
• Led Zeppelin -- Didn’t like it in high school when it was aimed right at guys like me. Don’t like it now. The music’s just too screechy. Plant’s shrill and I just don’t like the idea of Englishmen doing American blues. We have that covered. But I do like “Fool in the Rain” and, yes, “Stairway to Heaven.” Preferred alternative: Muddy Waters.
• Nirvana -- XM radio has dedicated stations for each decade from the 40’s through the ‘90s. I have buttons for every decade except the ‘90s because I believe rock music peaked in 1971 (“Exile on Main Street,” “Who’s Next”) and ended in 1986. Kurt Cobain fits in this list dominated by people who took themselves far too seriously. And I can’t relate to the tortured genius aspect of his brief life. I’m not tortured and display no apparent genius. I do like the song “All Apologies.” Preferred alternative: Todd Snider & the Nervous Wrecks.
• Van Halen -- Like Rod Stewart, Eddie Van Halen has spent the past 10 years rendering his best years unlistenable. I like the rock of it, but the David Lee Roth years were just too campy for me. And Eddie’s playing was too bombastic. I now remember their videos for the tuneful “Jump” and “Hot for Teacher” more than the music. Preferred alternative: Van Halen, the Sammy Hagar Years.
• R.E.M. -- For years I heard stories about this great underground band. Then they surfaced and I was eager to see them submerge again. Happily, that’s exactly what they’ve done. They’ve never lived up to the hype and seemed eager to avoid it altogether. They’re now becoming more famous for lead singer Michael Stipe showing up on the party circuit wearing weird hats. The song, “What’s the Frequency, Kenneth?” is a dandy, though, about what Dan Rather said an attacker kept asking him during a 1986 mugging. Preferred alternative: Silence.
Posted by Chris Rodell at 11:56 AM

Well David Bowie isn't for everyone, however maybe you should do some more research on this one. One of the best shows I ever attended was Bowie at the Palace in Detroit Michigan back in the early 90's.

Youtube is your friend.. check out Bowie by request

Thanks for the nudge, Max. I'm open-minded and will check it out.

I'll bet you saw a bunch of great shows at the Palace back then.

I'm with you on almost all of those. Can I add the Smashing Pumpkins, the Rolling Stones (sorry) and double down on your Van Halen?