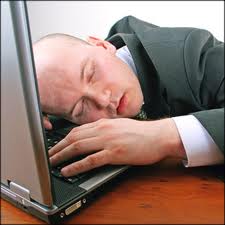 Many fine Americans are eager to stand up and fight against perceived flaws they believe are harming the nation.
Me, I’m about to lay down and nap over one.
The stigma against sleep is costing America. No one is getting enough of it. It’s obvious in our stress, our productivity and our spiraling ethics.
Well-rested people aren’t prone to violence, sloth or felonious business practices.
We should be inviting sleep, not fighting it. If sleep beckons, we should obey, the exception being people like train conductors and airline pilots.
We’ve all heard hyper-productive Type-A busybodies brag about needing just four hours of sleep per night, but you never hear anyone bragging they enjoy 10 hours of sleep each night.
My nights are interrupted by two tiny sleep bandits, woodsy creature noises and the nervous yipping of a dog with a BB-sized bladder capacity.
I’m on a quest to get everybody under my roof to go to bed two hours earlier and get up two hours later.
The kids would be asleep by 8 and would wake up at 9. Sure, Josie would miss her first hour of fourth grade, but nothing important happens in school until 10 -- and I don’t mean 10 a.m.
I mean 10th grade.
My wife and I would be undercovers by 9:30 p.m. and up at 8:30 a.m.
Doesn’t that sleep schedule strike you as nirvana?
It does me.
Not Val. She got mad at me recently for dozing off at 9:30 in our bed after reading to one of the kids and just, ahhh, staying there like a sedated mental patient clear through the next morning.
For the first time in months, I reached the most hallowed state of sleep. Yes, I hit pillow puddlin’ slobber sleep.
In sleep terms, that’s like bowling a 300.
To her, it seemed like a waste of time. She thinks we should stay awake so long we become actual zombies so we can enjoy adult shows about things like fictional zombies.
In an ideal world -- and in any ideal world, there are no children -- we’d have about an hour of bedtime unwinding, reading, TV or couple cuddlin’ from 9 to 10 p.m. each and every night.
But years ago we made the cheap-skate mistake of not getting a DVR for our bedroom.
Without the bedroom DVR, we are forced to stay awake in the living room long enough execute a series of maneuvers similar to what happens in far flung U.S. Army outposts around the globe.
We need to secure the fireplace, check the perimeter and do a quick head count before finally getting to bed at 11 sharp in time to watch a 1996 episode of “Seinfeld” we’ve only seen 114 times before.
It’s so bad it took us four nights to watch one 2 hour, 45 minute movie. We’d recorded the outstanding 1959 Alfred Hitchcock movie, “Anatomy of a Murder,” starring Jimmy Stewart.
We both kept falling asleep during key segments and would spend breakfast trying to unravel plot lines and determine if we’d spied the Hitchcock cameo he so cleverly asserts into each of his films.
It wasn’t until the movie finally concluded we realized it would have been Hitchcock’s most clever cameo ever.
Because in our sleep deprived state, neither of us ever realized it was an Otto Preminger movie.
Everything would improve if we got more sleep.
Our families would have less time to bicker. We’d all get more done in less time.
Me, I’d have time to dream up better story ideas and, thus, would start receiving a better class of rejection letters from more prominent sleep-deprived editors.
Sleeplessness is often confused with physical virtuosity. It’s a quality we’ve always sought in our elected leaders and a keystone critique of those right now tromping around desolate Iowa.
It should be the other way around.
So wake up, America!
And go right back to bed.
We’ll all be better off.
From sea to shining zzzzzzzzz . . . .
Posted by Chris Rodell at 4:11 PM

I love this. When I was a teenager, my mom used to come home and find me asleep on the couch, and she would be so angry. Sleeping! In the afternoon! For shame!

To this day, I cannot enjoy a nap without guilt. In fact, I wrote a blog post about this very thing a while back (Caught Napping).

We should wage a war, Chris. A war against wakefulness.

Yes! That is the reaction, isn't it? Guilt, shame.

I'm heading straight over to read your pro-sleep post!