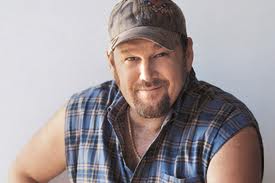 Recent news events reminded me of my favorite stories I’d seen in National Enquirer, one I wish I’d done, back in the 1990s when those swashbuckling duties consumed my days.
The editors had a strapping fellow reporter get all dolled up in a daisy-covered summer dress, wig, hooker make-up and march into a local U.S. Marine recruiting office to join the corps.
I remember reading how the crimson recruiter sputtered that homosexuals were forbidden from serving and how the straight-faced reporter responded in a commanding baritone. “I’m not homosexual. I just like to dress up like a lady.”
Good enough. They shook hands, presented an application and the next week the Enquirer ran the story under the banner headline: “The Marines are Looking for a Few Good Men . . . But They’ll Take Drag Queens!”
The “Don’t Ask/Don’t Tell” repeal brought to mind that delicious mockery.
It’s been a difficult few weeks for people who don’t like to read news about homosexuals, wish homosexuals didn’t exist and think, gee, if these fellows could all just meet the right gals then homosexuality would just go away.
First there was the repeal of DA/DT. Repeal opponents said it would destroy unit cohesion, doom morale and weaken our military, essentially the same things they said in opposing admitting blacks, women, Irish, etc.
All those arguments have been vanquished over the years. There are people of all nationalities and races who are good at killing and I want the best of them out there killing for me.
Then came news that you’ll now be able to add the title of daddy to Sir Elton John, the flamboyant singer my wife once dubbed the most beloved homosexual on the planet.
She may be correct. Everybody loves Elton. Even family value purist Rush Limbaugh had him sing at his fourth wedding and seemed pleased enough by the performance that he’ll certainly invite him to perform at his fifth and sixth weddings over the next few years.
I’ve loved Elton since I was 10. His “Goodbye Yellow Brick Road” was the first album I ever purchased. It still holds up nearly 40 years later. He’s still so engaging and buoyant and is justly regarded for his devotion to humanitarian causes.
But I dispute Val’s contention on what may be a technicality. There may be a prominent politician or theologian who is homosexual and just shy about sharing the news with the rest of us.
They may have ornamental wives, children and a conservative constituency that would be offended by their lifestyle.
Recent examples are U.S. Senator Larry Craig and the Rev. Ted Haggard, men I like to refer to as “slomosexuals.”
Then there’s the example of U.S.S. Enterprise captain Owen Honors, the Navy skipper who got himself tossed overboard for making a video lampooning what throughout history has been a sea-going tradition.
That would be sailors turning homosexual during long ocean voyages.
Many people of the “get-over-it” bent said it was all in good fun, it was no big deal and gays serving under Captain Honors should just lighten up.
Nonsense. We need leaders who ennoble the best of us, not pander to the 10 percent who’ll use a commander’s jokes as a green-light to bully the already oppressed.
There are nearly 5,000 sailors on that vessel. Guaranteed, there are at least 200 men and women as qualified as Honors, as respected and imbued with an innate understanding that the best leaders do not degrade, they exalt.
So many people still seem to think boys and girls in high school decide, just for kicks, to become homosexual. That’s unsound reasoning because cruel kicks are often what they wind up getting.
These people seem to fear homosexuals will somehow try to “turn” them the way Jehovah’s Witnesses do.
Many of them resemble Larry the Cable Guy, not exactly a homosexual pin-up boy. No one’s out to turn him.
The whole “turn” argument has always struck me as absurd.
I try and imagine what would happen if a really handsome and accomplished man we all believe to be homosexual tried to turn me.
Someone like, say, New England Patriot quarterback Tom Brady.
I wouldn’t think of leaving my wife and my heterosexual proclivities to be with him.
Instead, I’d hope Steeler linebacker James Harrison would emerge from Brady’s blindside and hit him so hard every one of the follicles of his Justin Bieber haircut flew off his stung scalp.
Not because I hate gays or think Brady’s really gay.
I just hate Tom Brady.
And I hope one day maybe all our hatreds and petty putdowns will be confined to childish partisans of rival sports teams in meaningless realms where none who seek enlightened thought ever dare to venture.
Places like here!
Posted by Chris Rodell at 2:15 PM

HAHA! I wish the same for Brady. I'm sure he's a nice enough guy, but seriously. I can't take him.

"We need leaders who ennoble the best of us, not pander to the 10 percent who’ll use a commander’s jokes as a green-light to bully the already oppressed."

He's just so easy to hate. I feel for your and fellow Bengal fans. I don't think Lewis is the problem. I think the organization is. The Bengals baffled this year.

I confess to a moment of writerly pride when that one popped up on the screen, Averil. Sometimes I speak in fortune cookie.

Loved this post. All the points you are making. "The delicious mockery." Yes! And “slomosexuals?" Bahhah!

"So many people still seem to think boys and girls in high school decide, just for kicks, to become homosexual. That’s unsound reasoning because cruel kicks are often what they wind up getting."

So right on. At my kids' junior high there seems to be a trend where the girls like to wonder, out loud, whether they are "bi." They probably do get some positive attention out of this. But the boys who are gay? They are one of the most frequently targeted by bullies. With administration looking the other way.

Thanks, yogurt. I always enjoy your comments so please don't feel obliged to stop -- same goes for the rest of you!

For even straight "normal" kids to make it through the cauldron of high school is a miracle. Kids are like adults without the filters. At least most adults keep their taunts to themselves or their nasty circles of friends.

Funny, I just happened to listen to two recent Elton albums, "Captain and the Kids" and "Songs from The West Coast" and being so pleasantly surprised. I don't know why I haven't pulled the trigger on the acclaimed collaboration with Leon Russell. One of these days.