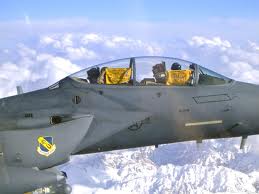 I’ve already heard broadcasters talk about the bravery and devotion of Steeler fans who’ll be attending today’s game. At kickoff in Pittsburgh -- Chicago, too -- temperatures will be in single digits.
Prolonged exposure to the sub-freezing temperatures is hazardous duty.
That these fans are doing something sort of heroic is taken for granted.
I hate to do anything to disparage the beer-swilling masses, but I feel compelled to insert a nagging reminder.
On this, yet another de facto secular holiday, I’m thinking of another brave and devoted group fighting on behalf of another sort of winner.
Yes, I’m thinking of the overseas troops they’ll be showing micro-second snippets of in between all the beer commercials.
I’ve got the guilts. Yet another holiday season’s come and gone and I did nothing to support the troops.
I swore this year I’d do something tangible to demonstrate my humble and relatively minuscule gratitude for the men and women who serve. Once again, I did squat.
I didn’t write an atta-boy letter to a single soldier. I didn’t donate money to any of the many useful veterans groups. I didn’t find a neighbor with a loved one overseas and offer to shovel her driveway.
They’ve made it so easy to forget we are at war.
It’s possible to go weeks without ever realizing that right now and for the past nine years hundreds of thousands of our fellow Americans have been away from their warm homes, their loved ones, their Terrible Towels and are ducking bullets in some of the world’s most godforsaken places.
Where do we find these people?
These are all volunteers. I think the America would be better off if they weren’t.
I’d love to see every able-bodied man and woman be compelled to do some sort civil service for even just six months.
I’m not saying we’d all have to take a big troop transport over to Bagram and start playing deadly hide and seek with bin Laden.
Armed only with rakes and shovels, we could serve with honor right here at home. Not a week goes by when some American community isn’t devastated by flood, tornado or forest fire. Heck, some parts of New Orleans remain in ruins five years after Katrina.
I’d love it if I could tell my family, “Sorry, but Uncle Sam needs me in the Big Easy. I’ll be sure to send you some T-shirts from Jazz Fest -- and when this Johnny comes marching home again he’ll be loaded with muffulettas from Central Grocery. Hurrah! Hurrah!”
People who never leave their little home towns would see the country and meet men and women from all backgrounds. We’d learn that all of us -- black, white, Hispanic, Steeler/Cowboy/Ravens, etc. fan -- are on the same team.
Maybe some day.
In the meantime, maybe you’re in a position to do marginally more than me.
Operation Homefront, www.operationhomefront.net, is accepting nominations for 2011 Military Child of the Year Award. The award will be given to an outstanding military child from each Service – Army, Navy, Air Force, Marine Corps, and Coast Guard.
According to the press release, “ideal candidates demonstrate resilience and strength of character, and thrive in the face of the challenges of military life.  They demonstrate leadership within their families and within their communities.”
Winners will each receive $5,000 and be feted in Washington, D.C.  Nominations are being accepted until January 31.
Maybe you know someone worthy. I’ll bet there are about a million or so deserving of the honor.
So go team! We’re all rooting for you! Kick some butt! Win! Win! Win! And let’s all pray nobody gets hurt.
And, yes, by all means, let’s go Steelers.


I really hope they win big, too.
Posted by Chris Rodell at 2:40 PM