On being nice & nice PG article about me 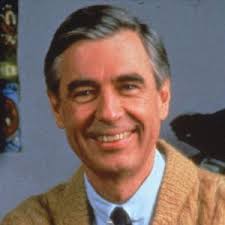 I don’t know whether I’m a nice guy because I’m actually nice or because I've learned people treat nice people nicer.
It’s like what Major Frank Burns said when the bubbly cheerleader Henry Blake was trying to screw said old Ferret Face was just so nice.
“It’s nice to be nice to the nice!”
This confusion was cast in stark relief on Wednesday when I saw a woman in distress collapse to the icy sidewalk.
She was about 30, a brunette. Was she attractive? There’s something appealing about every woman in distress.
It’s not like that with dudes. A woman in distress is an opportunity for gallantry.
A man in distress is an opportunity for YouTube belly laughs.
She was carrying a purse and two packages, both or which were now scattered on the sidewalk next to where she was sprawled on all fours
I was at fourth at the traffic light. The other motorists had to see her, but did nothing.
Would I pass her, too?
Here’s exactly what went through my mind: If she’s having a heart attack, seizure or stroke there’s nothing I can do but say, “There, there,” until real help arrives.
What if she’s been shot, maybe by an angry ex? Do I want to get involved?
Lastly, “Can’t You Hear me Knocking,” by the Rolling Stones had just come on the radio and I hadn’t heard it in about two months. Helping this woman meant ruining the nice morning vibe.
What did I do?
I pulled over, got out, knelt down and asked, “Are you all right?”
She was. The steep sidewalk was a sheet of ice. She worked two blocks away on the other side of the Westmoreland County Courthouse.
“Let me help you,” I said, as I maneuvered her to safety. “ Please get in. I’ll drive you the rest of the way. It’s no problem at all.”
“Oh,” she said, “you’re so nice!”
How nice am I? I immediately began thinking how could I in two blocks parlay my chivalry into a robust sales pitch for my new book?
But I didn’t do that. Instead, I just told her not to be embarrassed and be glad all she bruised was her dignity.
I wonder about karma.
I remember once out of the goodness of my heart I spontaneously and anonymously decided to pay for some state trooper’s dry cleaning just because I saw it hanging there behind my duds.
I thought, wow, this day ought to go great. I’m a nice guy and the universe is bound to reward me.
It did not. In fact, it punished me with a legendary crapfest of a day. My computer malfunctioned, dropped a hammer on my toe, learned the kid needed braces, etc.
So I drove to Pittsburgh wondering if calamity would strike.
I don’t know whether my random act of kindness had anything to do with it, but it turned out to be a really nice day.
I’d pitched Brian O’Neill, columnist at the Pittsburgh Post-Gazette, about my book and he was intrigued. I sent him a copy of “The Last Baby Boomer.”
I’d met Brian years before and figured he’d remember me. We’d both been roundtable guests on John McIntire’s free wheeling cable TV show. We all went drinking afterwards and had a grand time.
Brian didn’t remember any of it or me.
No matter. He loved the book. We talked for 90 minutes and just had a great exchange.
He wrote in yesterday’s P-G, “The first 50 pages were as funny as anything I’ve read in a long time, the middle should be shorter, there are too many typos, but the tale revs up again in the final third.”
It paints a great picture of me and the book and I’m very pleased. Here’s the link.
As we were saying our goodbyes, a light went on in Brian’s head.
“Now, I remember you! I remember saying the Rolling Stones hadn’t done anything good since ‘Some Girls’ in 1978 and you took offense. You were really angry.”
Sure sounds like me!
Nice is nice, but a man ain’t a man unless he’ll stand for something.


Daughter says Bible says I have to love our stupid dog