I suffer from a glibness deficit 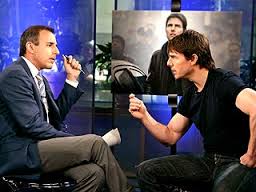 This is going to surprise anyone who remembers me from the days when I’d race nude across campus at Ohio University, but I’m really kind of shy.
Not in general. I enjoy conversation and meeting strangers.
But I’m terrible at parties, especially when I’m by myself, as I was last night at a corporate mixer on the Gateway Clipper on Pittsburgh’s Monongahela River. I last year became a VisitPittsburgh partner in the hopes it would lead to more local speaking engagements.
It has. Plus, the VisitPittsburgh people are great. They’ve been uniformly warm and encouraging. And they have these great monthly socials.
There’s food, drink and the happy buzz of motivated and engaged people ambitious to achieve shared goals.
And I’m so not one of them.
I just don’t have the icebreaker persona that would lead me to barge into any of the little conversational teepees bubbling throughout the ballroom.
So I stand all alone in the corner, nursing my drink, resisting the urge to check my phone and wondering if I should just dash out the door.
It wouldn’t be the first time. I once bolted a truly world-class party because I was alone and uncomfortable.
It was the year 2000 and Maxim Magazine invited me and other contributors to a gaudy bash in an dingy warehouse in Manhattan’s trendy Chelsea neighborhood.
Moby was the celebrity DJ; guests included Madonna and Gwyneth Paltrow.
The room was throbbing with excitement.
I hated it.
It’s amazing I left so early because it was one of those parties where I was certain I could have gotten laid.
By Madonna!
But I was bored. I went down the street to a reliably divey bar and watched the baseball game.
I think I suffer from a glibness deficit.
I guess in the eyes of Tom Cruise that’s okay.
Remember in 2005 while promoting “War of the Worlds,” Cruise became enraged at Matt Lauer for daring to suggest some prescribed drugs can produce positive results.
Cruise, shaking his head in disbelief said, “Matt, Matt, Matt, Matt — you don’t even know — you’re glib.”
Glib means performed with ease and informality; superficial or insincere.
It hasn’t gotten any better for Laurer in the past 11 years. He’s still glib, but now he’s also bald.
But right when I was thinking I could probably use some of Lauer’s glibness my isolation was shattered by recognition.
A voice from across the room yelled, “Hey, Rodell, you’re a (sounds like) truckin’ bassmole!”
I beamed with joy. I was someone! Truly, being called a (sounds like) truckin’ bassmole is preferable to the soft pain of nothingness.
In fact, it was someone who’d heard me speak and felt familiar enough with my sense of humor to address me with profanity.
He was right. I busted out laughing.
And the night started to get better. He introduced me to a friendly circle of people and several of them, too, had heard me speak and were very flattering.
It was such a relief to be included.
It’s good to be aware of the feeling, I’m sure, because it pushes me to reach out anytime I see someone looking alone and uncomfortable in the bar or at a party where I’m on familiar turf.
It’s what we should all do.
I rounded out the night with a great conversation with another wallflower who felt the same.
We talked for 30 minutes about our families, our travels and how we’d rather sit in a bar and talk than be on the social death march of a forced mingle.
For those on the outside, they’re like high school reunions only without any awkward history of necking or study hall wedgies.
But I wound up staying the whole time and, boy, am glad I did because when it was time for the concluding raffle, my name was drawn.
“And the winner is Chris Rodell and ‘Use All The Crayons!’”
The prize was a $50 gift certificate from Pamela’s Diner in Pittsburgh.
We love Pamela’s! Everyone does.
I’m so glad I stayed. Winning the gift certificate just ratified what I was already feeling.
I am a winner. It’s just that some party-goers haven’t gotten the word yet.
But I don’t regret past party departures.
Leaving a party with something from Pamela’s was way better than leaving a party with anything I’d have likely gotten from Madonna.

Related …
Enough already! Awash in staples
Matt Lauer’s got the blues
This blog a Pittsburgh “best of.” No kidding!
Random thoughts on Letterman, speaking and my weenie ways