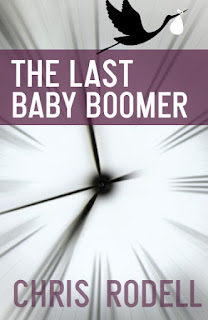 So exactly one hour after posting the last month piece emphatically titled, “This book is NOT free,” I gave away four copies of my book for free.
And next time I think of writing on that topic, I’ll use the headline, “I am a spineless promoter.”
So who were the lucky recipients?
First was Allan Zullo, to whom the book is dedicated. I’m unaware of the protocol, but I can’t imagine any author dedicating a book to anyone and expecting the honoree to pay for it. And it would be a huge embarrassment if I told him about the tribute and he responded, gee, thanks, but I only read Grisham.
Then a friend of mine, a distinguished military retiree, said he wanted a copy and would reimburse me with free booze and green fees. Sold! He’d have gotten a freebie anyway because I respect our servicemen and women and wouldn’t want me being cheap with a free book to be used as an excuse for anyone dogging it when it came to national defense.
Then an attorney friend who does a lot of gratis work for us said he wanted a book. I couldn’t charge him, of course. Maybe on some enlightened planet a really dandy satiric book is worth more than free legal advice, but not here.
And I can’t right now recall who the fourth recipient was, but I don’t think her name was Oprah.
I’m finding giving away books is a hard habit to break.
That’s what I did so more than 500 times with “Use All The Crayons!” because I was so convinced it would make people happy I wanted them to have it. In fact, I had the publisher put a note on the very first page stating the reasoning under the headline: “THIS BOOK IS FREE.”
It cost me a small fortune in free books and postage, but I’m glad I did it. It has made a lot of people happy and that was the whole point of the book.
It’s different with “The Last Baby Boomer,” the point of which is to make me a lot of money. Or at least some money.
This is within the realm of possibility. Early reaction to the book is very enthused. People just love the premise — an international ghoul pool based on the death of the last baby boomer — and they get it instantly. It’ll be topical for the next 60 years. It’s drawing interest from media types already, too, and that could be hugely beneficial.
Of course, I’m most pleased that so many friends and blog readers have gotten in touch about reading it.
It’s very flattering. In fact, I’m so pleased, my instinct is to reciprocate by giving them, what?
A free book!
So I’m asking your help:
Please stop me from giving you my book for free.
I can really sell the book, but then I have trouble really selling the book.
This became apparent the other night when Val and I met Wendy at the Tin Lizzy with the express purpose of her buying the book.
I told her what it’s about. “Sounds great!" she said. “How much?”

I told her it retails for $16.95, but I’m trying to charge an even $20 because I despise even basic math and because I do the blog for free and the additional dough could be viewed as subsidizing a worthy non-profit: me.
“But if you’re not sure you’re going to like it, I could arrange an installment plan where you could pay $2.25 for every 50 pages you enjoy. Another option is …”
At this point she was so exasperated that what she thought was going to be a simple transaction was heading in the direction of pie charts and CPAs she just blurted out, “For God's sake, just tell me an amount!”
I should have said $50. She’d have paid it.
I’ve thought about figuring a way to calculate how many times each individual buyer has read the blog for free and charge a dime per post and adding that to the total.
So some of you long-time readers will owe $169.95 for one 256 page book, which, when you think about it really isn’t bad for more than eight years of blog freeloading.
And, yes, the more I do this blog for free the more I feel like I’m condoning literary shoplifting.
So I hope you’ll order a book or two. I’ll gladly sign them.
I just ask that you’re adamant in your friendly opposition when I begin offering instinctive reasons why you shouldn’t have to pay.

Related …
This book is NOT free: my new novel for sale
Latrobe Bulletin features me & “Last Baby Boomer”
“Use All The Crayons!” A 10-star review
Giving away my book a blue chip idea