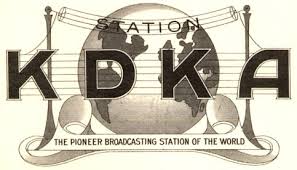 I’m going to make this brief: I’ll be on 1020 KDKA-AM radio tonight with John McIntire and I’m going to try and swear.
I want to do something shocking, something that’ll earn a jolt of attention, something that generates news.
And because it is radio, merely dropping my pants won’t matter.
I plan on doing that, too, but strictly for comfort.
I should write at least one book a year just to get on the radio with John. He’s that much fun.
He used to do a cable TV show and, man, that was always a party. It was very seat of the pants and that helped make for electrifying viewing.
I remember one Fat Tuesday when me and some buddies had been celebrating in downtown Pittsburgh hours before I was scheduled to appear with John.
I’m not going to say I was “too drunk” to be on television -- is there such a thing? -- but I was plenty drunk enough to make for entertaining viewing, or so I was told.
What I remember most about that one was going into the dressing room — I was festooned in Mardi Gras beads — and looking in the mirror and detecting a slight forehead shine.
What was I going to do about that?
Well, lo and behold, right there was a makeup kit for some of the on-air talent. I took out the little pad from what I guess you’d call foundation and gave my face a little tap.
It worked! The shine had vanished beneath an orangish dab about the size of a quarter.
Of course, that added a bit too much contrast to my Caucasian mug. So for balance I dabbed the other side.
Better!
But now the lower face seemed off-kilter color-wise.
I don’t remember just how long I was in there splashing and dabbing my face, but when I finally gazed back in the mirror I momentarily thought I’d been replaced by a shape-shifter Oompa-Loompa.
My face looked like a sun setting into a bead-graced turtleneck horizon.
That’s when the producer walked in and said, “You’re on in 30 seconds!”
I don’t remember much about the next hour except for me giggling for long stretches and John staring at me with his head cocked looking like a chicken in the rain.
No chance of that happening tonight.
I do plan on asking about swearing. I’d like to say bitch and ass and maybe a few of the PG-13 barnyard profanities.
But I hope you’ll listen. I’ll be talking about my new book, my motivational speaking — “75 percent humor/23 percent humanity/2 percent motivation" — and what it’s like to work on the top floor of the Tin Lizzy, a building that features three wonderful drinking joints.
And, as always, I’ll try and be a good, coherent guest for John and his avid listeners.
I feel obliged to make up for the night I startled him by appearing tipsy and in too much makeup.

Related . . .
12 reasons you should listen to me tonight with John McIntire
The Unprofessional: I’m on KDKA tonight
Ukuleles, YouTube & what Jim Krenn has to do with any of it
This book is NOT free: My novel is for sale