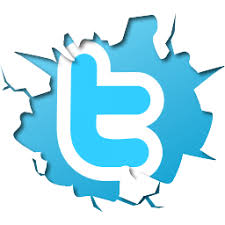 Thanks to book promotions, my @8days2amish followers for the first time cleared 1,000. That sounds about right. As a writer, I find twitter invaluable. I love having this little treasure chest of what I think are great lines I can mine over and over. I know very few of my readers actually follow me on twitter and that’s fine. I also know many of them look forward to the monthly round-ups. That’s fine, too. Because whenever I think I’m losing twitter mojo, it seems to come roaring back. At least I think so. You decide. Have a great day!

• With so many people seeking to carry concealed weapons, I tried to figure how many times I'd shoot myself each week if I carried. I figure 3.

• So enjoying #GreaseLive I'm now planning on turning http://www.EightDaysToAmish.com  into a musical.

• I’ve never seen a duffel bag full of duffels & I’m okay with that. If it ever happens I’d never again have the guts to peek in a handbag.

• Because it adds welcome levity to a serious condition, I propose OBGYNs start describing postpartum depression as "Stork .. raving .. mad!”

• There ought to be a Selfie Museum with pictures of our ancestors digging coal, pumping their own water & surviving things like potato famine.

• What kind of multiple spiritual crises must a seeker endure to become a Born-Again Atheist?

• Somebody should tell the fitness fanatics that many of them are extending their lives into the years they'll wish they were dead.

• I wonder if Fairfax, Va., is thinking about becoming Fairtext, Va.

• I contend finding, securing and putting a rabbit INTO a hat requires just as much if not more magic as pulling it out of one.

• I wonder if promiscuous bovine adolescents roll their eyes anytime a parent counsels them to not have a cow.

• Any man who says he's his own worst critic is either delusional or unmarried.

• Your life will be more fun if you don't judge new friends on their virtues, but instead on their potential as compatible cellmates.

• In my endless quest to make words both simultaneously more fun AND descriptive, please join me in spelling handkerchief HONKerchief.

• I was 50 years old before it finally began to sink in that, gee, I was drunk wouldn't cut it as an excuse for showing up in church nude.

• How come it was okay for Jesus to wear a robe to church but I get scornful looks when I do?

• I stifle most of my public sneezes, but not in church where I think the Almighty's paying more attention to "God bless you!"

• NFL should next year skip halftime show and instead have drug co. issue every American hallucinogens that last 32 minutes.

• Life’s unfair, but heaven isn't. Should be reverse. Heaven status/perks should be based on how many people attend your funeral.

• John Lennon imagined a world at peace. I imagine a world where everyone's nipples are rectangular.

• I wonder if Ted Nugent sees video of a stupid, bigoted bullying rich white guy leading GOP polls and thinks, dang, that could have been me.

• I have incredibly discerning tastes for a guy who is so often flat broke. In fact, if I ever start a band we’ll be the Choosey Beggars.

• I wonder if in heaven all the movies are G-rated because that's a potential flaw.

• Mothers who complain men will never appreciate the pain of childbirth have never endured one of my hangovers.

• I turn 53 today. That means anyone who still calls me middle aged fails to appreciate the confluence of actuarial tables & basic math.

• Try and model your posture after positive punctuation. Be a walking exclamation point, not a question mark.

• I’m eager to find a website that archives audios of man’s greatest speeches, but said in the voice of Elmer Fudd. Yes, I have a dweam.

• Because so many people are declaring they'll move if this/that candidate wins, please join me in calling this the Ryder Truck election.
• I become furious anytime I check into a Best Western hotel and can't find "The Man Who Shot Liberty Valence" on TV.

• I propose they rename phone book "The Big Book of Names & Numbers of People You Don't Know, Will Never Meet & Will Never Call.

• I figure Christian conservatives who want Trump in the bully pulpit will be dismayed when they realize he's all bully, no pulpit.

• Anyone else growing nostalgic for the days when postal workers were the only ones who went postal?

• What did cavemen call house flies?

• How did ammunition get shorted to ammo instead of ammu? Is a word pronounced "am-MOO" too bovine for tough guys?

• Drinkers who believe their bladders are half empty are pissimists.

• Surprised to learn Yoko Ono is the same age -- 83 -- as my Mom. Mom isn't perfect, but at least she never broke up The Beatles.

• What will you do if you get to heaven and you've lived such a sin free life the only ones there are you, God and Jesus? Me, I plan on bringing a deck of cards.