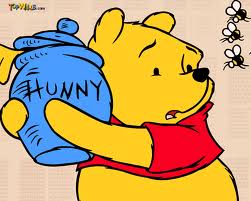 I’m such a reflexive pacifist the only thing I instinctively kill is time.
Proof of this is it took me nearly two weeks to wipe out the play set wasps that stung me and a little neighborhood innocent, part of which is recounted here.
And I must now reveal another heaping portion of my ignorance. I’d previously written I was stung by a bee.
I was wrong. I now realize it was a wasp.
I’m a nearly 50 year old man who until last week was unable to differentiate between bees, wasps, yellow jackets, hornets and many other insects sports teams use for mascots they think will intimidate opponents.
In fact, the only hostile insect I can readily identify are carpenter bees, which distinguish themselves by wearing tiny little tool belts.
Speed is partly to blame for my confusion. I run like hell whenever I hear the telltale buzz they all emit. I don’t stick around getting all what I guess is fair to call “bug-eyed” over insects.
In fact, the only insects for which I feel any cheer are butterflies and the insects with the most fearsome of names: the lightning bug.
Who doesn’t love lightning bugs? Who doesn’t have fond memories of chasing them around as or with delighted children?
I love them so much I feel sad just thinking another odd consequence of global warming could be that lightning bugs will begin to shoot actual lightning out of their buggy little butts.
As for the rest of them, the only good Bugs is Bunny.
I have trouble understanding why most of these insects are even part of God’s plan.
Sure, we need bees to pollinate the flowers and without the flowers we’re doomed. But isn’t there an app for that?
And why do the bees seem so intent on stinging us? I’ve even seen them go after Winnie the Pooh.
You don’t sting Winnie the Pooh. You cuddle him.
Did they ever stop to think they might be getting killed by karma?
If I could speak bee I’d tell we’d all leave them alone to do their work because we understand we need them.
That understanding is partly why I dithered over killing what I thought were bees under the sliding board.
I thought, “The bees are dying off. What if I kill off the very last ones on earth and hence become responsible for mankind’s demise? And here I always thought it was always gonna be Doomsday Dick Cheney’s fault!”
It’s to my fiscal detriment, but I spend more time thinking about these sorts of hypotheticals than how I could earn even a couple dollars.
But then I realized these weren’t bees at all. They were wasps. Or hornets. This breakthrough came to me in front of a massive eight-shelf wall of pesticidal death in Aisle 2 at the local Lowe’s.
The realization hit me when I saw that wasps and hornets -- and I still don’t know the difference between them -- both live in tiny dwellings with thin paper walls, kind of like the places where I lived from 1986-92.
I swear, I spent 30 minutes in front of the wall reading all the directions, the side effects and trying to discern which would be the most humane way to kill something that would kill me in the blink of one of its hundred-panel compound eyes.
Here’s something you may not know: insect killer is likely our least regulated lethal over-the-counter product -- besides handguns, of course.
Check out the actual entirety of the listed active ingredients right from the label:
Prallethrin . . . . . . . . . . . . . . . . .  0.025%
Lambda Cyhalothrin . . . . . . . . . .  0.010%
Other Ingredients  . . . . . . . . . .   99.965%
Other ingredients, 99.965 percent? How do they get away with that?
That’s more vague than answering the first date standby question, “So tell me a little about yourself?” with, “I’m right handed.”
What else is in there? Scope? Peach Schnapps? Napalm?
I don’t know, but whatever it is, it kills wasps dead.
I went out the other night and tried once more to reason with them into leaving on their own and warned that if they weren’t gone by morning I was bound to blast them with a wee bit of Prallethrin, a fraction of Lambda Cyhalothrin and a whole bunch of other stuff.
And that’s just what I did.
Too bad, too, that the enigmatic can of Kills-on-Contact Ultra-Kill wasp/hornet killer enlightened me as to the true identity of my stingy nemesis.
Despite my pacifist inclinations, I was really looking forward to seeing what it felt like to be a guy who nailed a bunch of bees.
I don’t think I’ve ever got a bee.
As you’ve probably already surmised, I was always more of a C student.
Posted by Chris Rodell at 3:09 PM

Rolling on floor laughing my a** off!! Florida wasps will send GUIDO wasp to chase your human butt.