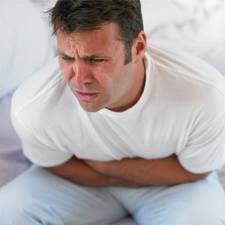 I was incapacitated yesterday from what I thought might have been some bad pork.  But as we all partook and I’m the only one who got sick I can only conclude someone in the family tried to poison me.
Each has their motives.
With the 6 year old, my being in the mix takes away from the one-on-one time she gets to spend with her darling Mommy.
The 11 year old wants to kill me because I won’t get her an iPod touch, and she says she’s the only girl nearing 6th grade without one. I tell her that’s not the only condition that makes her exclusive. She’s also the only girl whose parents don’t have stable incomes.
She despises my brand of logic.
Val? Talk about your prime suspects.
It was a great weekend in Latrobe with the Westmoreland County Airshow. We spent Saturday driving between three lively backyard parties with great views the aerial festivities.
Before departing, I turned to her in the car and said, “Now, pay attention: if anyone starts saying anything nice about me or my book, do not interrupt them. Just let them talk until they’re finished.”
Honest, she wanted to kill me right there.
I was rude and belittling.
But the reaction to my book’s been refreshing to my ego. Many people are enjoying it and are willing to say so out loud and in front of others.
I attribute it to having played possum with my career since I began freelance writing -- anniversary alert! -- on July 1, 1992. Few people expected to see me produce such an entertaining little book.
Low expectations may finally be working to my benefit.
In fact, my career neatly dovetails with my favorite baseball team, the Pittsburgh Pirates. Like me, they haven’t had a winning season for 20 years. People are so conditioned to them stinking it up for so long that everyone in town’s delighted they’re showing a pulse.
That’s why it was so funny, too, that every party we went to someone came up to gush about my book and I made Val stand there and endure it all. If she was elsewhere, “I’d say, ‘Hold that thought while I go fetch my wife and a handy megaphone I keep in the trunk.”
So I sleep with one eye open. Always have.
The stomach pains began at about 3 a.m. Monday.
It’s very uncommon for me to be so sick I can’t even get out of bed. But I was bedridden all day Monday.
The problem was gastro-intestinal in nature. That implies symptoms too nasty to relate in polite company.
But I had none of that. I wish I had. It might have helped pass the poisons.
Instead I just lay there too weak to move and too pained by stomach cramps to sit still.
I forced down some chicken noodle soup that didn’t sooth. Ice cream didn’t help either.
Later in the evening I had some fat boy hard pretzels. It’s doubtful a doctor would prescribe that salted sort of roughage, but I figured something hearty might zamboni my intestines of what was paining them.
It didn’t.
If it keeps up I’m going to have to consider elective surgery. I’m thinking a C-section.
I’m feeling well enough to type today, so that’s an improvement.
Even this was exhausting so I’m heading straight back to bed. No more work the rest of the day and I’m turning off the phone.
That doesn’t mean I don’t welcome your good wishes for my improving health. In fact, I welcome them.
Just call Val.
Posted by Chris Rodell at 12:39 PM

Email ThisBlogThis!Share to TwitterShare to FacebookShare to Pinterest
Labels: Pittsburgh Pirates, stomach pains, Use All The Crayons, Westmoreland County Airshow

Get well soon (and then find yourself a hungry food taster/tester).

Great advice, Keith. I happen to hate the dog. Thanks!