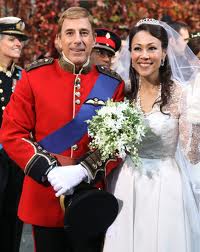 I felt a flood of emotion when I learned Ann Curry was being dumped from the “Today” show, which is exactly how Ann Curry wants me to react when she reports on things like actual floods.
I felt confusion, heartbreak, anxiety and finally, sustained relief.
Confusion because dumping Curry won’t fix a thing; heartbreak because she seems like a nice lady; anxiety because we’re about to be subjected to another tedious search for elusive anchor chemistry; and sustained relief when I read that Curry’s going to haul in $20 million to take a hike to some news outpost like Budapest.
Feckless TV critics devote endless time and space dissecting the ratings and petty hostilities of late night TV hosts when that is a format that still succeeds.
I prefer Jay, but some nights I’m entertained by Dave. I can find something nice to say about Jimmy Kimmel, Craig Ferguson and am even warming to Jimmy Fallon. And if all these hosts go dark at the same instant, I’ll always have Seinfeld re-runs I’ve already viewed 193 times previous to spare me from having to ever watch Conan.
But morning network TV is an absolute mess.
The right side of its brain strives to be news oriented; the left, entertaining. The result is two hours of pure mindlessness.
Recent “Today” opening segments progressed like this: Morning! Wildfires, immigration, hurricane, Romney, Obama, Supreme Court, Olympics -- you can almost sense palpable unease on the set as the anchors convey something they worry might upset viewers.
Actual news takes about nine jiffy minutes. Then anorexic but still lovely news reader Natalie Morales drops a clip designed for someone on the set to play the part of scripted straight man.
This morning it was a 30-second spot saying the British Parliament had changed the official name of “Big Ben” -- Clock Tower -- to Elizabeth Tower to mark the old babe’s Diamond Jubilee.
Now, anyone who’s seen even a week of “Today” knew exactly what was going to happen next. Someone was going to launch a joke that would signal, hey, we apologize for having to put you through all that news so we’re going to give you a giddy burst of laughter to signal we’re just moments away from the cooking segments.
Today, the line fell to Curry, a woman so earnest she couldn’t be funny if Al Roker smashed her in the puss with a pie.
Her line?
“I guess you could call that a sex change operation.”
The reaction was the same as if Tony Soprano told a joke to Paulie Walnuts and the gang down at the Bada Bing: Uproarious laughter. Al was practically wiping tears from his eyes.
Some of this over-reaction may have been sympathy for Dead Ann Walking. Curry’s clearly well-liked, but it’s not working, something that saddens Curry.
“It’s hard not to take it personally,” she told Ladies Home Journal. “You worry, ‘Am I not good enough? Am I not what people need?’”
I can sympathize.
I, too, have given into swooning frets over my popularity.
Back in the fourth grade.
Curry’s problem is, like the venue she serves, she wants to be all things to all people.
I wish “Today” and current ratings leader “Good Morning America” would just ditch the pretense of being interested in actual news and go full pander on their core demographic: mothers who care about true crime stories involving mothers who were killed by husbands, mothers who kill their husbands and mothers suspected of killing their children.
I tried to think who the surefire host to sit next to Matt would be and really think they should try Ellen Degeneres. She’s very funny and intelligent.
Savannah Guthrie, the current frontrunner to replace Curry, will be in the same predicament that’s led to Curry’s demise. She’s intelligent, attractive and gets giggly with Matt and Al.
That didn’t help Curry and it won’t help Guthrie.
So where’s a guy to go for morning news?
“CBS This Morning.” The six-month-old show features Charlie Rose and Erica Hill doing 60 full minutes of serious news in an appealing and balanced format. Then at 8 a.m., Gayle King comes in to take over most of the fluffy stuff.
Rose is a real pro -- and he’s good and ugly, too. I trust ugly anchors because I know they earned their news chops through more than their pretty haircuts.
Hill’s wonderful. She’s pretty, whip smart and delivers the news in a professional way that doesn’t lead me to believe she’s going to offer up an exposed breast for me to suckle in case things start to get too scary.
If you’re interested in serious journalism and haven’t checked it out, I have some news for you.
So does CBS.
Posted by Chris Rodell at 1:57 PM

I have watched the Today show now for about 12 years. Although I like Ann Curry, when she came on as co-host to Matt Lauer something died. There was no spark or energy from this woman. I felt the lack of it immediately. I am not sad that she is not going to do this job anymore. My favorite one was Meredith Vieira. Just please don't bring back Katie Couric!

As is often the case, you are again correct in your analysis.

Right on the money, Vicki. It just doesn't sparkle. Neither Savannah nor NatMo will inspire any sizzle either. Both will be too practiced and pretty. The show needs someone who'll cut loose. It's way too uptight.

Jawny, your praise always makes me e-blush. Thanks, as always for reading and taking the time to flatter with your comments.