How am I doing? Honestly? 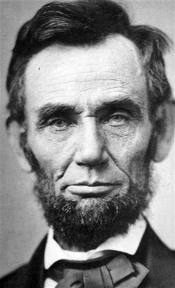 If I can muster the nerve, the next time anyone asks me, “How ya doin’?” I’ll respond, “I’m horny! How are you?”
Chances are it’ll be true. I remain one of those average guys the studies say think about sex something like a gazillion times a day. Now that our kids are out of school for another 81 3/4days, the odds of me actually having any sex are greatly diminished.
The kids are always in the house, are light sleepers, and are so clingy to Mommy that me taking any kind of run at her would immediately bump me from 2012 “Father of the Year” consideration.
So responding “I’m horny!” to our most mundane conversational inquiry will be factual.
Even better, it will be interesting.
You rarely hear anyone announce their horniness aloud.
Instead, we all lie and say, “I’m fine. You?”
Bullcrap.
No one’s ever fine.
We’re bewildered, angry, frustrated, unfulfilled, underpaid, overweight, sleepy, grumpy, sneezy and maybe two of the other Seven Dwarfs.
Fine?
Never.
My inspiration for this, as it often is, is Dave. He’s my friend, my office landlord and the man who spends his waking hours conspiring to inebriate me and our buddies in the tavern he and his family have owned since 1954.
He’s spent the last couple of weeks responding to mundane conversation with brutal honesty.
If someone asks, “How ya doing?” Dave will scream at them, “Mind your own damn business!”
When a cheerful customer gets up to leave and invariably departs by saying something like, “Take it easy, man,” Dave’s face will darken and he’ll growl with menace, “By god, don’t you ever tell me what to do!”
It’s the same reaction the hapless bastards in “Goodfellas” get when they good-naturedly inform “Tommy” (Joe Pesci) he’s a funny guy.
It’s made me alert to all our little lies.
I guess that makes me spiritual sort of soul mates with Brad Blanton. He’s the tactless genius behind a movement he calls “Radical Honesty.”
He maintains we’re all playacting in our relationships and the only way for us to prosper personally is to be brutally honest with ourselves and each other. He believes our little lies corrode our souls and erect impenetrable obstacles to our ever being happy.
If he’s horny, he expresses it to whomever is within earshot. He told me in graphic terms, which I’ll paraphrase even as I’m certain the sanitizing would infuriate him.
He said if sees a girl he’d really like to “hug” he’d tell her, man, I’d really like to get a bottle of wine and spend the afternoon (hugging) the (stuffing) out of you.
Such demolition of traditional courtship rituals would doubtless reduce poets and florists to tears, but I remember admiring his directness.
He assured me the tactic was very successful. I may be mistaken, but I think I recall him saying it was helpful in him meeting two of his ex-wives, a statement that reveals radical honesty might have trouble gaining traction in matrimonial arenas.
I interviewed him for Playboy about 10 years ago and remember thinking, gee, what a really swell guy.
That’s a lie. To be radically honest, he’s what someone radically honest would call a real dick.
It’s my contention that honesty without tact is like brain surgery without anesthesia. The operation could cure but the complications can kill.
But it would indeed spice up our lives if we could make one another more alert to our true feelings and we answered honestly next time someone asks us, “How you doing?”
If we could incorporate that little bit of one-word honesty into our daily conversations, I believe it would help spread empathy and erase some of the stealth difficulties we all face in our daily lives.
It could lead to a happier society, to better personal well-being and, for a lucky few, to romance.
Honest.
Posted by Chris Rodell at 11:35 AM