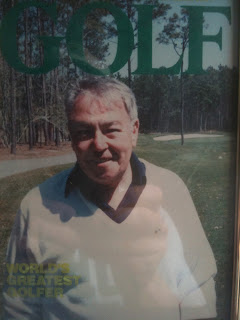 This should be one of the happiest days of the year for me because it’s maybe the one day where the girls don’t instinctively treat me the way Moe treats Curly.
But Father’s Day, for me, has become more complicated over the past two years. It’s a day where I’m supposed to revel in being a dad, but I’m often melancholy because I’m no longer a son.
My father died in 2004. You can read about him here in a story Pittsburgh Magazine headlined, “The Life and Death of Joe Pittsburgh.”
He was so fun, so joyful and warm.
Then I belatedly learned he was so much more than that.
I learned he was a liar, a deadbeat dad and for a few months back about 60 years ago a bit of a bigamist.
Now, I hold none of that against him. To me, Pops was tops.
It all started with the above-mentioned story and a grainy e-mailed picture of my Dad, at the time a skinny young man, looking dashing and handsome in swim trunks standing out in the middle of some unnamed stream. It’s one of the few pictures of him I’ve ever spied where he wasn’t holding either a golf club or a beer.
A friendly woman from Florida e-mailed the picture and said she was doing some ancestry research about a Paul Rodell.
You don’t have to be expert in detective procedures to see where this was headed. Dad had fathered a love child years before he met Mom.
The woman -- my new half-sister -- said my father had gotten her mother pregnant when he was about 19 and she was about 17. These dates and ages are all ballpark, too.
They split up shortly after a shotgun wedding and the mother gave the baby to her parents to raise. At some point the mother returned home to raise the baby herself. And she married a wonderful man that my half-sister came to know as Dad.
“Whenever I asked her about my real father, she’d point to the man who raised me and say, ‘That’s your real father. You don’t need to know anything about anyone else.’”
But, of course, she had an innate curiosity and thanks to the wonders of the internet soon read about a man named Paul Rodell from East Liverpool, Ohio, who raised a son who believed the father’s only sin was he couldn’t help himself from routinely cheating at golf.
So I called my brother to share the news.
He already knew. After my father’s death, my brother had to fill out the death certificates that record for posterity the actuarial details of my father’s life. He was shocked to learn he was not Paul Rodell’s first born child.
There was more. He’d married another woman shortly after the birth of his daughter. If the records are correct he was for a while married to two different women at the same time.
“I never told you because I didn’t think you could handle the shock so soon after the funeral,” he said.
I always thought it was odd that Dad hadn’t married my Mom until he was 32. That was a long time to be a bachelor back in the 1950s.
My half-sister and I are friendly and communicate via e-mail on occasion and through Facebook. I’d write about Dad more and in often glowing ways, but I know she sometimes reads my blog and I wouldn’t want to risk upsetting her by saying nice things about the man who abandoned her.
In fact, I’m in touch more with her than I am with my brother, with whom I haven’t spoken in a year since we had a bitter fight over the way I was caring for Mom when she was deeply distressed. He stopped returning my calls. He’s been up to visit once in four years.
Maybe he got tired of having a brother. Fifty years is a long time to be as close as we were.
The previous year he went through his second divorce in two years and remains under emotional strain so I forgive him in absentia for behaving like a huge ass.
It would kill Dad to know his sons aren’t speaking.
That’s why it nags at me that it didn’t kill him that he walked away from a precious little girl.
I do forgive him and wish for the love of God he hadn’t lugged that secret around with him all his life.
Of course, it may very well have eating him up from inside. He was a very loving man who understood the difference between right and wrong.
A few years before he died he hounded me about getting him an internet list of all the people named Rodell in America. He was desperate to learn more about the family tree, or so he said.
Maybe he thought he could find this girl and apologize. But maybe he thought the second family, the one he nurtured, wouldn’t forgive him for the lie he lived.
That was only his second biggest mistake.
So there you go. I hope you have a happy Father’s Day and cling to the ones you love.
And thank you for taking part of the day to read about some of the people I love and how they fit into what seems to me a fairly typical American family tree.
All forked up.
Posted by Chris Rodell at 11:56 AM