Happy 49th Birthday to me! 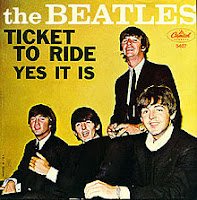 I'd always heard the German sex story for "Ticket to Ride" but I think I'll tell my kiddos the lovely Isle version. At least until they get a little closer to 49.

You know, I'd never heard that, Tia. Won't forget it now. Thanks!